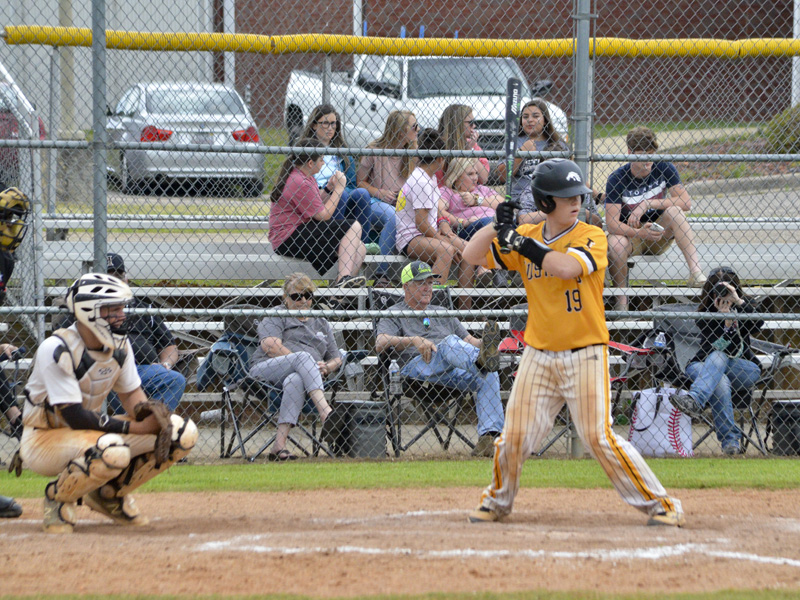 Jonathan Day (No. 19) of Isabella was a sophomore last season and was one of several young players on the baseball team in 2019. (Photo by Anthony Richards)

Dustin Green played baseball at Isabella, and now he gets to experience a different point of view after recently being named the program’s head coach.

“For me, playing baseball at Isabella was a big part of my life,” Green said. “To be part of it again is just as special.”

Green takes over for Jerry Harrison and inherits a team that is chock-full of young players.

According to Green, having so much youth on a team can be viewed as a negative or a positive. He chooses to embrace it as a positive.

“It’s a blank canvas,” Green said. “We’ve hit the ground running. This summer is big for us as a team.”

He was head baseball coach at Helena Middle School before spending the past two seasons as head coach of the IHS varsity softball team.

The fact that he has been around the IHS athletic program the past couple of years makes him believe that the transition should be smooth for both the coaching staff and the players.

“A lot of the guys I’ve coached in football, but not baseball,” Green said. “It’s a different approach.”

During his time as head coach at the previous stops he learned about what all it takes and the necessary procedures to lead a program.

He learned a lot about fundraising and the business side of being head coach, which goes beyond just teaching the game.

“It’s not just showing up and giving signs from third base,” Green said.

Green hopes to instill a certain “intensity” within the baseball program.

“We’re going to be big on hustle, and we’ll like to play very aggressive,” Green said. “Just never giving up.”

Going into each game with an attacking mindset and having the willingness to not back down regardless of the opponent is an approach that he has become fond of over the years.