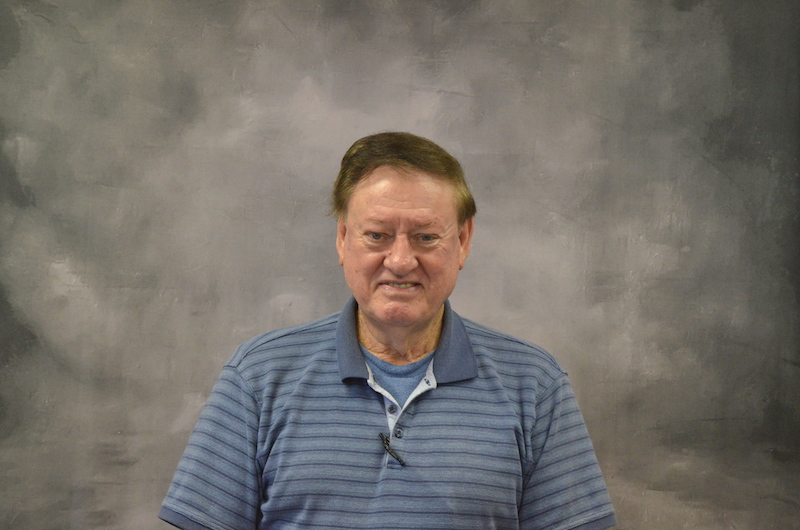 Bobby Sullins is retiring from Verbena after 29 years of teaching at the school. (JOYANNA LOVE/ ADVERTISER)

Sullins said he has enjoyed teaching students in the shop, garden and greenhouse.

His shop classes included some electrical, welding, woodworking and painting.

“It was all basically year-round that we were outside, outside of a classroom,” Sullins said. “I could never teach if I had to teach in a classroom.”

He said in this freer environment, maintaining discipline during class can sometimes be a challenge.

Six to eight of Sullins’ students have become teachers in agriculture or at a trade school.

“I had some great students,” Sullins said.

Although many members of his family were teachers, it was never something Sullins had wanted to do.

“I guess I was just destined,” Sullins said.

During his first two years at a junior college, Sullins’ major was civil engineering.

Sullins transferred to Auburn University with just enough money to pay for the first quarter, which was 10 weeks.

In order to  pay for the rest of his classes, Sullins found a job under Paul Holley in the agriculture department.

Sullins was able to secure two 20 hour a week work study jobs in order to pay his bills.

“The first quarter I realized I couldn’t make it in civil engineering — not working 40 hours a week,” Sullins said.

He began discussing career possibilities with those in the agricultural department.

Becoming an agricultural teacher started to appeal to him. Holley helped Sullins land paying teaching jobs while he was still working on his degree. One of these jobs would also double as his teaching internship.

“I hadn’t signed up to do my internship,” Sullins said. “Mr. Holley had signed me up, paid my tuition and everything.”

Sullins completed his bachelor of science degree in agriculture education in 1973.

He went on to complete his master’s degree at the Mobile location of Alabama State while teaching in Pensacola, Florida.

Sullins then left education for a career in real estate, then returned to teach for two years at Stanhope Elmore.

After that he took another hiatus from education to take a job in Louisiana.

When Sullins first applied to the position at VHS, someone else was hired. However, a year later in 1990 when the position came open again, Sullins applied and was hired for the job.

He had been working as the agricultural teacher at Greensboro West when he applied for the job.

Initially, when Sullins started working at Verbena he was commuting from Montgomery but later moved to Verbena where he will continue to live in retirement.

He said he does not have any big plans for retirement.