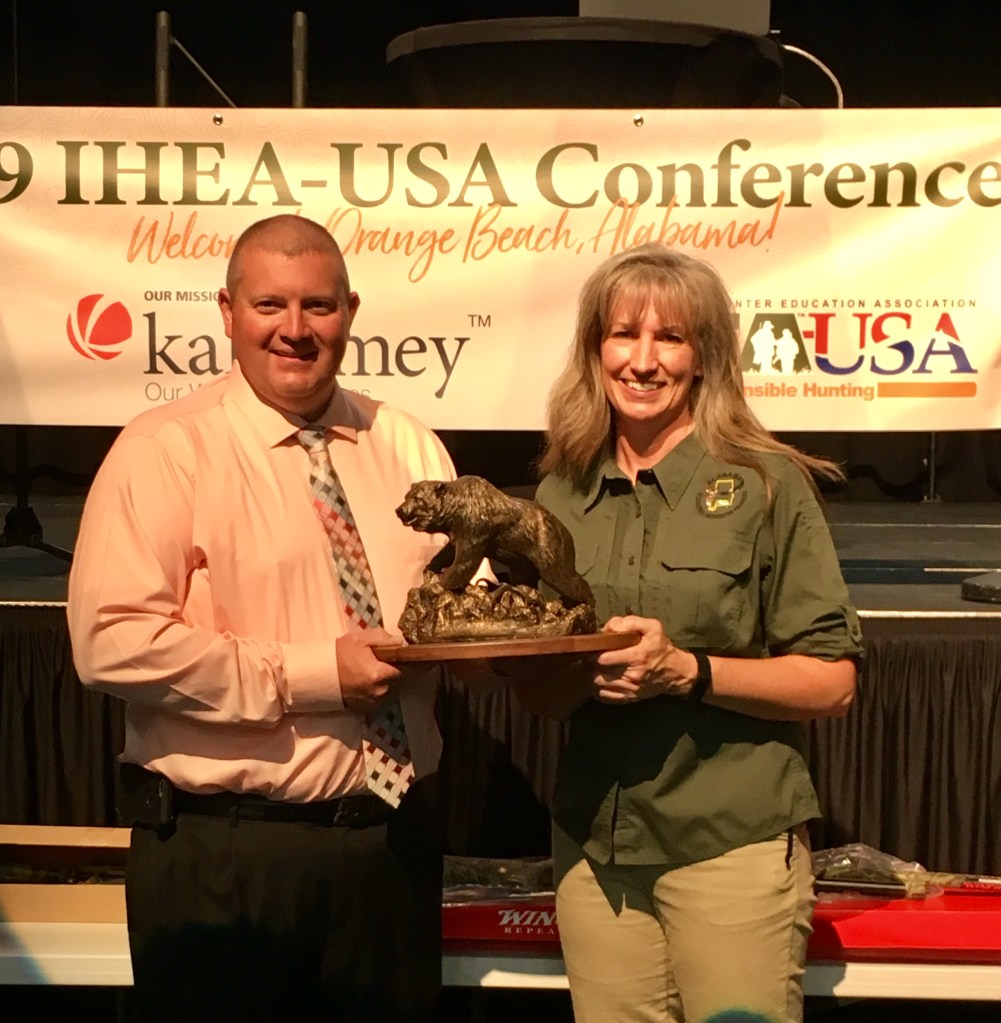 The award recognizes those who display excellence in hunter education and was presented during a conference in early May.

Brown is a teacher at LeCroy Career Technical Center in the auto department but volunteers as a hunter educator.

Brown said it was a big honor for him.

“It was pretty amazing for a small country boy from Chilton County to be able to get something that is internationally awarded,” Brown said.

The nomination was kept a secret until he was notified that he was the winner.

Brown has traveled throughout the state teaching hunter education classes and leading mentor hunts for more than 20 years. He also served on the Alabama Hunter Education board of directors.

He said the events are possible because of a good team of people that work with him. He said they do a lot of additional instruction that is not required.

“We mainly just try to keep the shooting sports and hunting alive, educate people how to do it safely,” Brown said.

The program is taught completely by volunteers.

Brown said he joined family members on hunts at a very young age.

His involvement in hunter education began with assisting his uncle, who was an instructor. He became a certified instructor at the age of 21.

“I have always enjoyed getting people interested in outdoors and safe gun handling,” Brown said.

Today, many of the classes are completed online. A face-to-face class usually requires 10 to 15 teachers. Brown said he has had up to 60 attendees in a class. He said 15 attendees is the minimum.

Brown said teaching hunter safety is different from other teaching jobs because he does not get to see the result.

“You know in the back of your head you’ve saved a lot of lives, but you never really see it,” Brown said.

While he enjoys hunting a variety of animals, Brown said he probably does the most deer hunting.

It was his involvement in teaching hunter education classes that got him interested in teaching as a career.