Resident donates to give blood cancer patient a ‘second chance’ 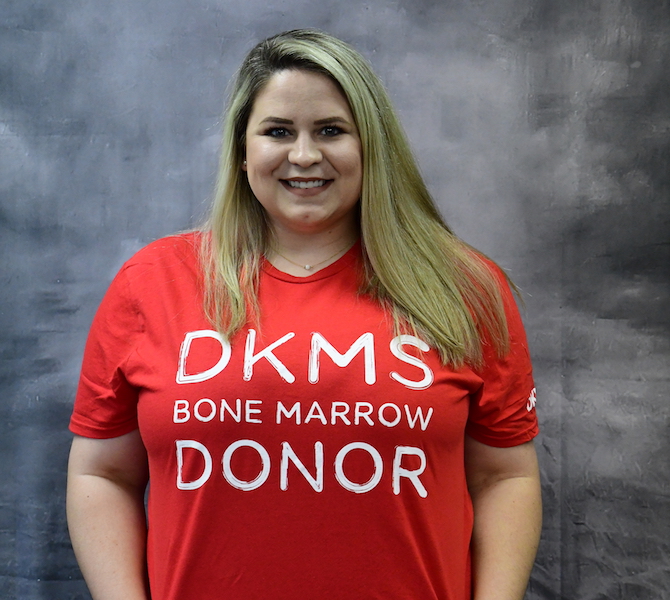 Christen Noah decided to be a bone marrow donor because of her desire to be a nurse. (JOYANNA LOVE/ ADVERTISER)

At least six years after making the decision to be placed on the bone marrow transplant registry, Christen Noah, a Chilton County native, received a call she had not expected.

She was a possible match for a patient who needed a bone marrow transplant.

She had participated in the registration event in Pelham so long ago that she actually had forgotten about it. Joining the donor registry was a as simple as letting them swab the inside of her cheek. Her information was then added to the national registry.

Wanting to be a donor was a result of her decision to be a nurse.

“In the back of mind, I was like, ‘how can I save lives everyday if I can’t even … help this one person,” Noah said. “It was kind of like it was something I had to do.”

Her resolve to help someone remained, and she accepted to go through with the donation, if she was confirmed to be a match.

“It’s always exciting to know you could be this person’s second chance at life, but as many others did, I also had this misconception that I was going to have to go under anesthesia and I’m going to have to get this giant needle (put in),” Noah said.

This is sometimes the case, but stem cell harvesting is more common. DKMS We Delete Blood Cancer, the international nonprofit that oversees the bone marrow donor database, requires potential donors to be willing to do both types of donation: bone marrow (requiring anesthesia) and peripheral blood stem cells. The patients doctor will decide which type of donation is needed to best help the patient. According to the DKMS website, 75% of donations are peripheral blood stem cells.

Noah said once a potential match decides to be a donor, they cannot change their mind because so much planning has to be done for the patient as well as the donor to ensure the highest possible changes of success.

Noah said “only 30 %” of patients have a family member that would be a match, so the majority of donors are strangers to the patient.

DKMS looks at 10 white blood cell markers to determine if someone is a match or not.

DKMS explained each step of the process to Noah before it started. She chose to give the donation in their Texas facility. The procedure was just a day before her graduation from Jefferson State Community College’s Chilton-Clanton’s nursing program.

“There is a huge misconception that when you are a bone marrow donor it’s they are putting you to sleep (and) they are aspirating bone out of your hip,” Noah said. “That’s what most people think of it and that’s why they’re scared to be a bone marrow donor but most of the time you are going to be a stem cell (donor).”

The process for donating stem cells is less invasive. Noah went out to the Texas facility on her first visit for the medical team to confirm that she was a match and for a “vein assessment to make sure they will actually be able to do that.” As preparation, donors receive injections for five days.

After the injections, Noah returned to Texas for the procedure.

The stem cells were collected using a method similar to how a dialysis patient’s blood is cleaned.

“They hook you up in both arms, and they take blood out, take out what they need (stem cells) and then they put it back in,” Noah said.

Once the bone marrow or stem cells are harvested, then the medical team has 48 hours to get it to the patient.

Noah said “it’s so awesome” that a bone marrow or stem cell transplant has been found as a treatment for blood cancer because there are so many cancers that treatments have not been found for.

Information about the patient is kept confidential from the donor for at least a year.

“All I know is it’s a female,” Noah said. “I don’t know where she lives. I don’t know anything about her.”

After a year, if both the donor and the patient was to know each other, then DKMS will let them.

Noah plans to hold registration drives to increase the number of donors on the registry.

Individuals 18 to 44 can register as donors.

More information about becoming a donor is available at dkms.org.