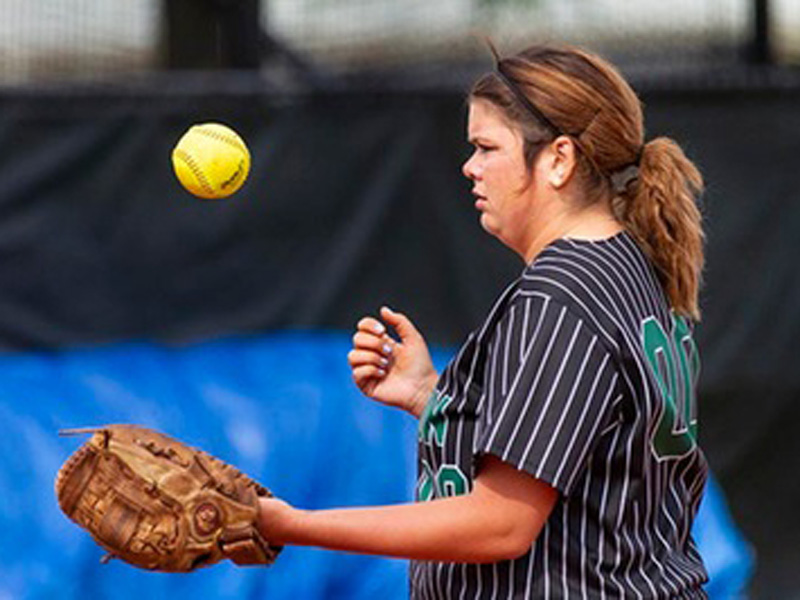 Childress pitched three-plus innings and allowed just three hits and one earned run during Shelton State’s 10-4 victory over Wallace-Dothan in Game 2 of the championship series on May 6 in Alabaster.

It was a relief performance that helped steady the game and shutdown the opposing lineup in the waning innings.

Thanks to Childress’ efforts, Shelton State was able to maintain a one-run lead and eventually put the game out of reach with a six-run sixth inning.

She improved to a record of 20-5 on the season, and has been the workhorse in the circle for Shelton State all year.

The performances included a 12-2 win in five innings against Southern Union State, in which she allowed only a couple of runs on five hits.

The wins would not stop there, as she pitched another complete game and once again allowed just two runs during an 8-3 defeat of Wallace-Dothan. Although the runs came off a pair of home runs in the contest, she also struck out five batters.

During the 22 2/3 innings Childress pitched during the conference tournament she averaged 3.2 strikeouts, 1.7 earned runs and 5.2 hits per game. Those numbers earned her tournament MVP honors.

With the tournament victory, Shelton State advances to the National Junior College Athletic Association National Tournament in St. George, Utah, on May 22-25.

Childress was The Clanton Advertiser’s 2016 Softball Player of the Year.