Baker signs to pitch at Lurleen B. Wallace 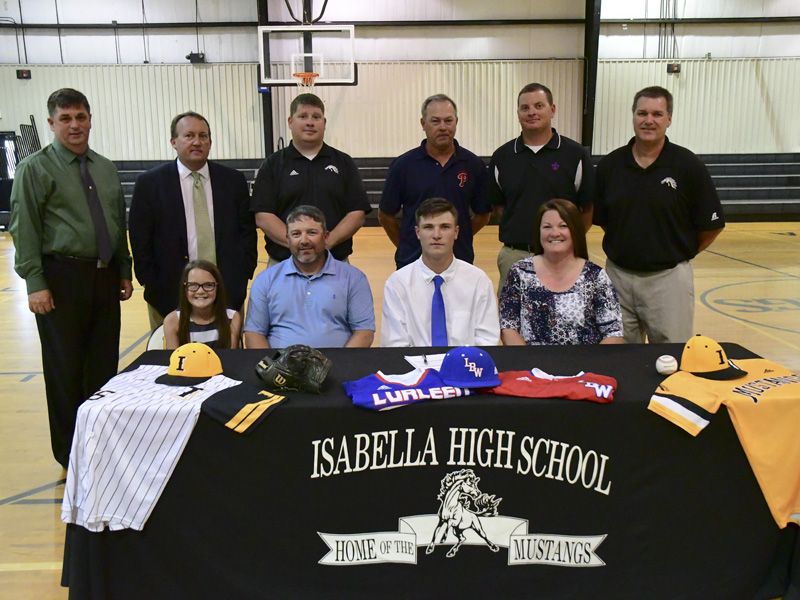 Jarrett Baker of Isabella signed to play baseball at Lurleen B. Wallace Community College during a ceremony in the IHS gym on May 7. (Photo by Anthony Richards)

Isabella’s Jarrett Baker is bringing his arm to Lurleen B. Wallace Community College in Andalusia after signing to play baseball at the school.

“It’s a relief, because I’ve been working toward this for so long,” Baker said. “This has been my dream since I was a little kid.”

According to Baker, the recruiting process went very quick and included attending a tryout with Lurleen B. Wallace.

“I committed to them pretty quick,” Baker said. “When I went down there to work out for them, I felt like I belonged there.”

Although Baker pitched and played shortstop for the Mustangs, pitching will be his primary focus at the next level.

Strictly pitching is just fine for Baker, who really enjoys the intricacies of the position and the one-on-one battles that take place with the opposing batters. 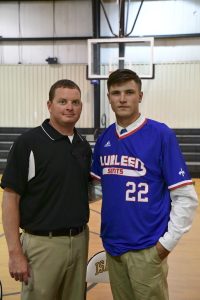 Baker will focus on pitching at the college level. (Photo by Anthony Richards)

“I didn’t hesitate any time I needed him on the hill, because I knew I could count on him to be consistent,” Isabella head coach Jerry Harrison said. “I think he’ll keep building on that.”

This past year at Isabella tested Baker’s maturity and leadership, as he was surrounded by a very young and inexperienced group of players.

“His maturity and work ethic has gotten better and better every year,” Harrison said. “We’re primarily 10th graders and below. His leadership to those younger guys is really going to help the program in the future.”

Baker started playing competitive baseball as soon as he could at about 4 years old.

Although he played other sports during his high school career, baseball was also the one that caught his fancy.

“I love football, but with baseball I just really feel like I can be myself and go out there and be dominant, especially when I’m pitching,” Baker said.

Pitch selection and expanding the array of pitches in his arsenal is something that Baker continues to work on improving.

His changeup and fastball are two pitches he is most confident in throwing no matter the count.