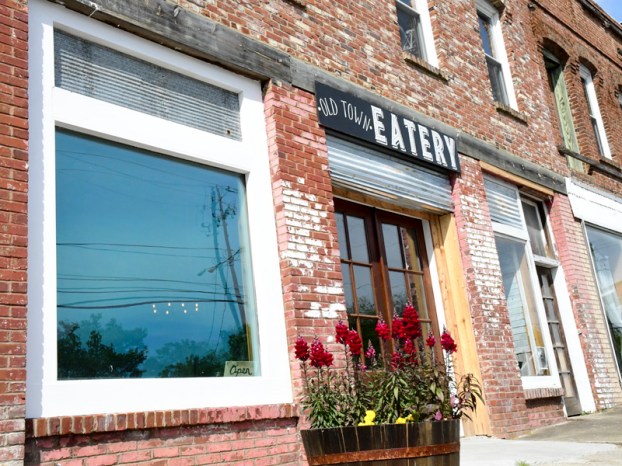 Old Town Eatery in Jemison opened its doors in late January and has since introduced a new way of looking at food for residents in Jemison.

The restaurant is owned and operated by Rachel Rachels, who has owned Southern Sweets catering business for the past 20 years. She felt it was the right time to create a storefront as well and chose the current location at 134 Old Main St. in Jemison.

According to Rachels, the idea for the restaurant first came about during the two years she spent as child nutrition director with Chilton County Schools.

“I really began to see the need for a place where working moms could get nutritious food for their family,” Rachels said. “I think there is something in food that is causing a lot of the health problems that people are seeing now. I can’t pinpoint exactly what it is, but I feel like it’s probably a lot of the preservatives and additives.”

An example is the barbecue sauce, which is made from scratch and passed the nutritional analysis test at Auburn University.

“This is a way that I can minister to people,” Rachels said. “It is my spiritual gift.”

Rachels has seen firsthand the impact that food can have on a person’s health.

Her husband used to have bad cases of heartburn, and she noticed that it was worse when he ate processed foods.

“I just changed his diet, and he has totally come off of his medicine now because it is so much more manageable,” Rachels said. 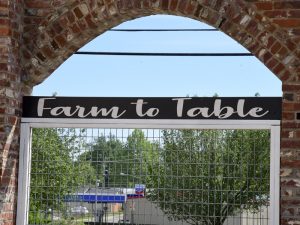 The menu is farm-to-table, which means that it is always changing depending on the crops in season. (Photo by Anthony Richards)

The menu items are considered “farm-to-table,” which highlights the crops that are in season that time of year.

“We grow a lot of our herbs ourselves,” Rachels said. “All our salad dressings and sauces are homemade. I know exactly what is in everything we make, so I can feel good about sending a plate out because I know what that person is getting.”

The menu is ever changing from week-to-week while also maintaining certain dishes that have become fixtures.

Strawberries have been in season, and as a result strawberry salad has been a recently added item with strawberry mint vinaigrette to go along with it.

“As other stuff comes in, you’ll see the menu change,” Rachels said.

The menu is bound to get very peachy once the local peach crop comes in this summer. Various soups, sandwiches and salads always seem to grace the menu.

Some of the popular dishes that have been hits since they opened the doors include broccoli salad, chicken salad, hot hamburgers and the shrimp and grits.

The Old Town Eatery’s menu is posted each week on their Facebook page. Anyone interested can also call 205-229-0140 to find out.

The Thorsby Rebels and Verbena Red Devils joined Isabella as softball teams from the county to win their area tournaments.... read more