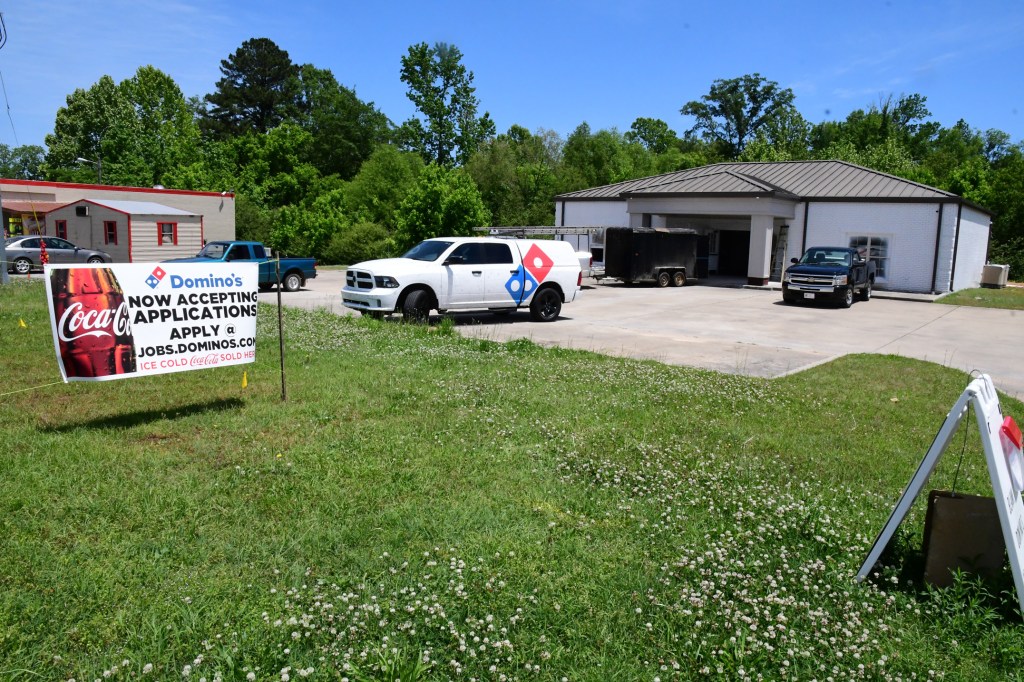 The new Domino’s Pizza in Clanton will be located at 400 Lay Dam Rd. right across the street from Clanton City Park. (J.R. TIDWELL/ADVERTISER)

Months of rumors and speculation can finally be put to rest.

A new Domino’s Pizza location is indeed opening up in Clanton, marking the first time residents of Chilton County will have that option in over a decade.

The restaurant will be located at 400 Lay Dam Rd. right across the street from Clanton City Park.

According to director of operations Wes Donahoo, the store is set to open on June 1.

The store will be owned by James Midgette, who also has Domino’s locations in Pelham, Vestavia and Calera.

Donahoo said Midgette moved to Clanton and decided to open up a location near his new residence.

“We decided to start looking for a location last summer,” Donahoo said.

The building permit for the restaurant was signed on March 26, and Donahoo said renovation began on the location April 2.

Originally, Midgette had secured a location on Highway 31 near Thorsby, but the decision was made to instead put the store on Lay Dam Road.

Donahoo said the restaurant will offer carryout and delivery in a seven-mile radius around the store, essentially Exit 212 to Exit 205 and the corresponding area of Clanton.

One feature this Domino’s location will have that many do not is ample area to dine-in.

“We will have 40 chairs inside with a television,” Donahoo said. “No Domino’s does that.”

He said the hope is to catch crowds of parents and children looking to eat after leaving Clanton City Park. He said the store might also cater meetings or parties.

The items offered on the menu will be the same as other Domino’s locations.