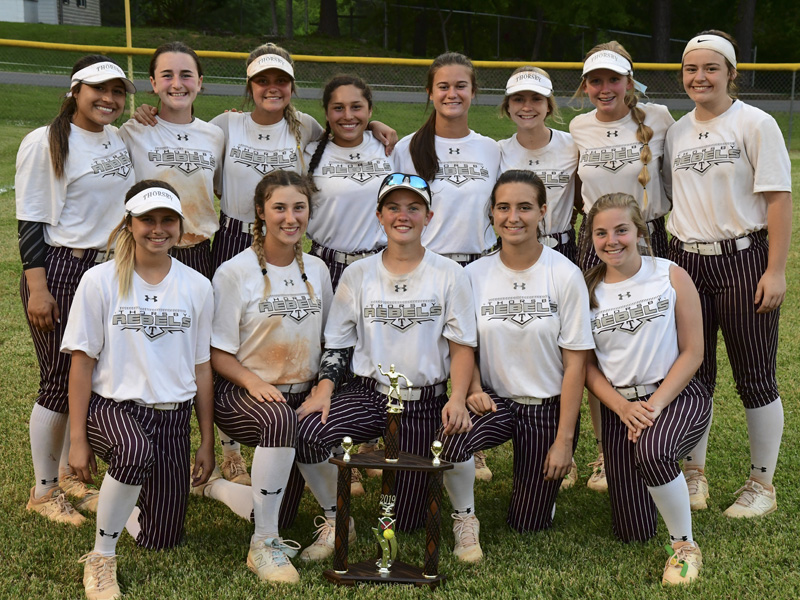 Thorsby defeated Fayetteville to win its area softball championship on May 1. (Photo by Anthony Richards)

The Thorsby Rebels and Verbena Red Devils joined Isabella as softball teams from the county to win their area tournaments.

“This is all about us just coming together as one,” Thorsby senior Hannah Smith said. “The closer you are to each other, the farther you’ll go in life.”

Momentum swung against the Rebels at times during both championship contests, but Smith continued to stay positive within the dugout and make sure that her teammates quickly turned the page and did not dwell on previous innings.

“I used to look up to seniors, so I knew I had to step up and be that leader,” Smith said.

While Fayetteville relied on small ball to manufacture their runs, the Rebels produced a large dose of their runs with the long ball. 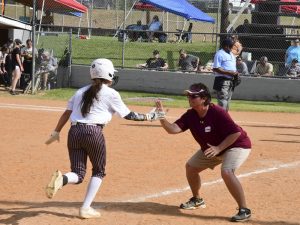 According to Burnett, there is no feeling like trotting around the bases and being mobbed by your teammates at home plate following a home run.

“You don’t come down from it [cloud nine] until you step into the box for your next at-bat,” Burnett said.

Smith’s home run came at a crucial point in Game 1 and tied the contest at 6-all in the fourth inning.

“I was just swinging for a hard base hit, but when it went over I went crazy,” Smith said.

Thorsby has advanced to regionals in recent years, and Smith believes that past experience will help them this time around.

“It helps you to know what to expect,” Smith said. “You have to work hard just to get there.”

Verbena proved the better team in all phases of the game against its area opponents throughout the regular season, and that trend continued during the tournament.

The Red Devils have had a successful year with an overall record of 13-10 and 5-0 in area play.

Both Verbena and Thorsby will play in the Oxford regional beginning next week.