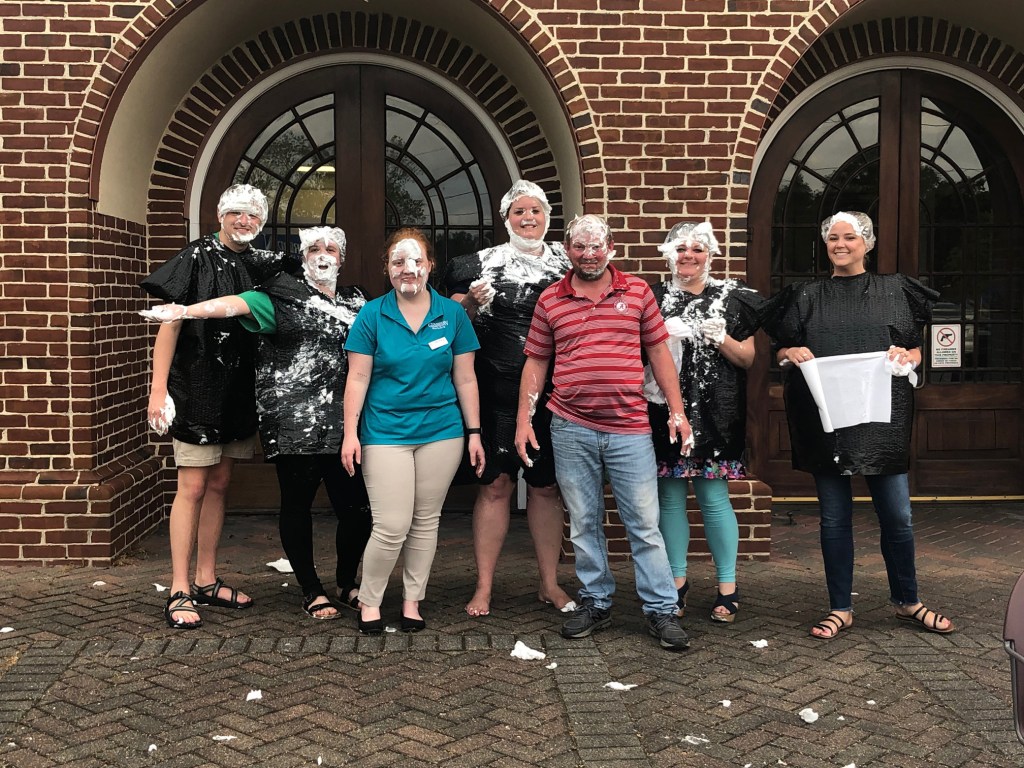 People who donated to the Muscular Dystrophy Association fundraiser hosted by Guardian Credit Union were put in a drawing. Those selected got to pie a Guardian employee in the face on May 1. (CONTRIBUTED)

According to branch manager Jessica Minardi, Guardian does the fundraiser each year in order to help raise funds to send kids affected by the disease to a special week at Camp ASCCA in Jackson’s Gap on Lake Martin.

“It’s an amazing feeling to be part of a company that allows us to do this each year,” Minardi said. “Guardian is very involved in the community with different projects, like donating to the food bank in Maplesville and Meals on Wheels.”

Muscular Dystrophy covers a group of diseases that cause progressive weakness and loss of muscle mass.

The MDA was formed in 1950 to provide funding for research, providing services and educating the public on the disease.

Minardi, who is over both Guardian locations in Chilton County, said that this year’s fundraiser “surpassed all previous totals.”

She said the Maplesville branch raised $4,000, while the Clanton location raised $1,000.

“It was a phenomenal fundraiser,” she said.

As an added incentive to help persuade customers to donate to the effort, anyone who gave was put into a drawing.

Five names were then drawn from the group for the honor of pieing one of five Guardian employees in the face on May 1.

“(Those who were drawn) got to pick any employee they wanted to pie in the face,” Minardi said.

No family members of Guardian employees were drawn, so any potential lighthearted familial spats were avoided.