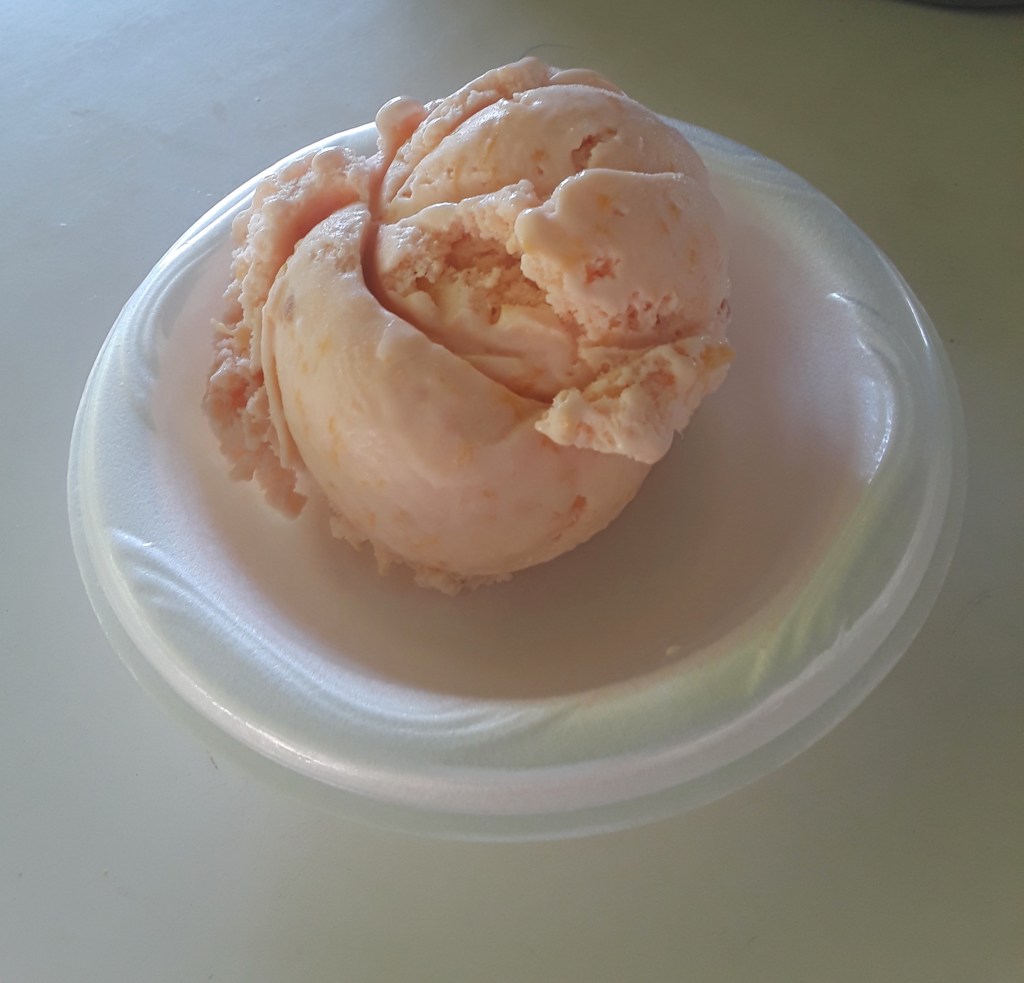 Ever since my first day in Clanton, I have heard about this thing called peach ice cream.

Though not a flavor I had ever encountered before, I was interested to try it if for no other reason than to embrace the local peach craze.

My opportunity to taste the ice cream was delayed, however, to try the peaches themselves.

My first tastes of a Chilton County peach almost two years ago definitely lived up to the hype, and full confession, I never really liked raw peaches before.

The fuzz on the exterior layer still keeps me from simply just biting in. Once I cut into the peach and took a bite, I definitely understood why peaches are such a big deal here. I think the first peach I had here was from Todd’s Produce. The next batch I savored came from the basket The Clanton Advertiser bid on at the Peach Auction from Mountain Views Orchards.

When Peach Living started its Best of the Best contest in 2017, I took note of who community members had chosen as their favorites. For the ice cream category, Peach Park has consistently come out on top. Each year, read the results and determine to try their ice cream someday.

I went to Peach Park to take photos and interview Family, Career and Community Leaders of America Club members. Once my work was done, I was d determined to finally try the award-winning ice cream.

Of course, I chose peach.

Creamy and peachy but icy because the fruit is frozen, it hit the spot on one of the first almost hot days of the season.

Most of the fruit flavored ice–cream style treats I have had in the past were sherbet, which usually left me missing the creaminess of “real” ice cream.

Although there is still a while before we can enjoy fresh Chilton County peaches, there are plenty of opportunities to get an early peach fix with peach ice cream.

Durbin Farms Market and Todd’s Produce each have a peach variety and both also ranked high in the 2019 Best of the Best Contest. Heaton Pecan Farm puts a twist on this Chilton County sweet treat with a pecan peach ice cream, which is its top selling flavor.