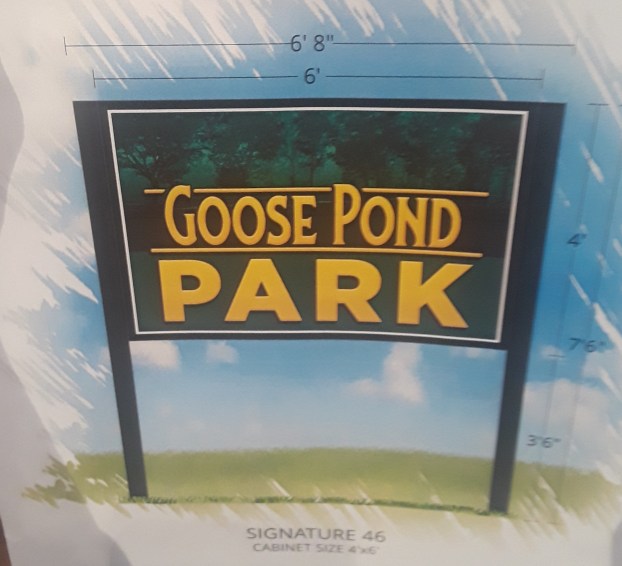 This drawing shows the design by Stewart Signs for the new sign for Goose Pond Park. (Contributed)

The Clanton City Council unanimously approved spending $4,087 on a sign for Goose Pond Park during a meeting on April 22.

This sign will replace the one destroyed when a tree fell on top of it during high winds on March 25.

Clanton Parks and Recreation director Sally Wall said the sign would be lit by LED lights inside the sign panels.

Also during the meeting, the Council unanimously approved:

By J.R. TIDWELL / Editor April 22 marks a sad day for many pizza lovers in Clanton. The People’s Pie... read more