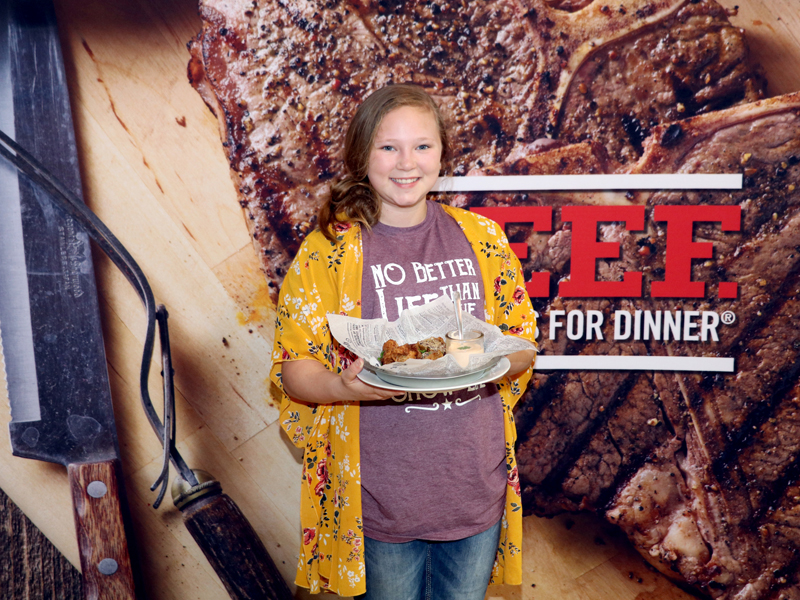 “I just enjoy being there [in the kitchen] and blessing people with the food I cook,” Jones said.

The event was hosted by the Alabama Cattlemen’s Association and was held at Carver High School in Montgomery on April 6.

This time around she wowed the judges with her beef and bean roll-ups, which garnered the second-place honor in the Junior North division.

Jones wanted to change it up this year after making a brisket taco in the 2018 competition. 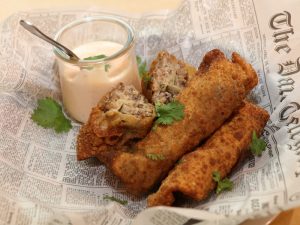 Jones made beef and bean roll-ups for this year’s contest. (Contributed photo)

The egg roll was deep fried for about 30 seconds in order to give it a crunchy outside layer. Homemade spicy ranch dressing was served with the dish.

Although taste was a major part of the judging process, presentation was also considered.

“I dressed it up with some fresh cilantro that we had growing outside,” Jones said.

For Jones, cooking is a family tradition as the daughter of Rachel Rachels who owns Old Town Eatery in Jemison.

“I grew up in the kitchen,” Jones said. “Now that she has the restaurant it has opened me up to more people and has helped me be less shy.”

She plans to do it again next year as part of the culinary program at Jemison High School.