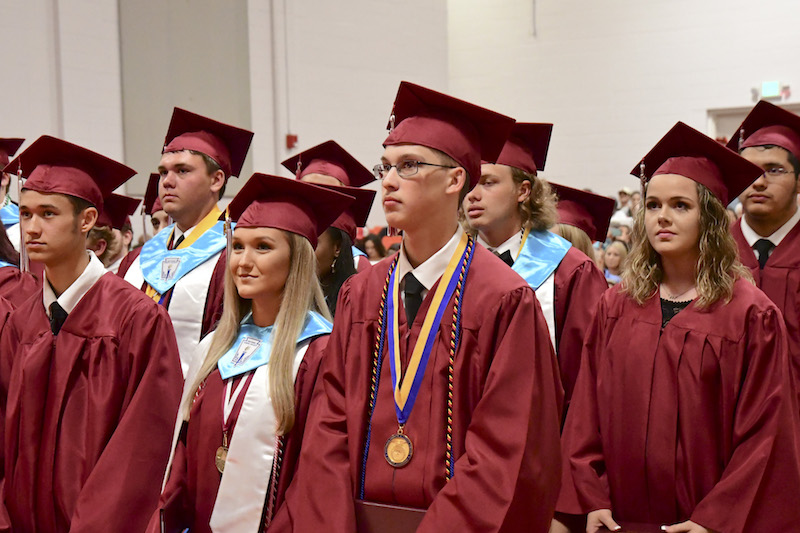 A study released by the Public Affairs Research Council of Alabama shows that the percentage of freshman college students in the state being required to take remedial courses in math or English has decreased since 2013.

“The data follows Spring 2017 graduates of Alabama high schools who enrolled at Alabama public colleges in the fall after graduation,” according to the Public Affairs Research Council of Alabama.

This trend is also true for Chilton County.

In 2017, 41 percent of Chilton County graduates enrolled in a public Alabama college.

The Public Affairs Research Council of Alabama data states in 2017, 30 percent of Chilton County graduates attending public colleges were in need of remediation in math, English or both. Of these, 28 percent of students took a remedial math course, while only 9 percent took a remedial English course.

This percentage is slightly higher than the state statistics of 28 percent of freshman needing remediation in math, English or both.

“Bear in mind that the ACHE report only captures high school graduates who enrolled in the fall after their graduation in Alabama public colleges. The remediation rates for schools that send significant numbers of students to private colleges or to out-of-state colleges will not necessarily reflect the outcomes for the entire graduating class,” according to the Public Affairs Research Council of Alabama.

During the past few years, Chilton County Schools administration has focused on better preparing students for life after graduation.

Department of Teaching and Learning director Ashlie Harrison said the school system had seen the number of students needing remedial courses and wanted to see it decrease.

“Two years ago we met with Jeff State,” Harrison said. “We had some of our high school teachers go to Jeff State for … a collaboration. They sat down and talked about it, ‘What are the gaps that you are seeing for the kids that are coming? What things can we improve on as a school system to better prepare our students who are coming to you guys?”

Harrison said this has helped determine specific areas of focus. The teachers that were a part of this meeting shared information from the discussion with the teachers at their school.

A successful approach for the school system has been looking at the academic needs of each individual student and what they may be struggling with then developing ways for students to work on these areas.

Harrison said this could be instruction in a small group setting or by using additional electronic resources, such as Edmentum.

This small group instruction would be given during the acceleration class period.

“During that time, students are supposed to be assigned to different teachers that will provide that type of targeted instruction for them,” Harrison said. “It might not be one-on-one, but if you have 10 students that need this (help in a specific subject), they might go to the same teacher.”

Remedial resources have been made available to students who did not score high enough on the ACT as a junior to qualify for dual enrollment. Harrison said these students do also have the option to take a test Jeff State offers as an alternative. Another qualifying option has also been created.

“I think those remedial rates are going to continue to drop because now moving forward, the community college system is … putting other things in place for students who might just not test well,” Harrison said.

Students with a high enough GPA will now be accepted for dual enrollment and college admission at Alabama community colleges.

Harrison said in the past there were students who had a high GPA and could have potentially done well in a dual-enrollment classes but could not do well enough on the tests to qualify.

Many students, who want to attend college, do take the ACT more than once in hopes of increasing their score.

Implementing the pre-ACT in 10th grade has also helped students be more prepared for the test, Harrison said.

“Teachers get that pre-ACT back and then they can provide that targeted instruction for each individual student,” Harrison said.

Additional ACT prep is also being offered to students.

“Our teachers have put in the extra work to try and figure out what the students need,” Harrison said.

She said the fact that some of the high school teachers also teach at the college has given them a good idea of what students need after graduation.

“We know not all students decide to go to college after high school. However, for those who do decide to go to college, we want them to graduate from high school armed with a level of competency and academic ability that gives them a strong advantage when entering a college setting,” State Superintendent of Education Dr. Eric Mackey said in a Alabama Department of Education press release. “Fortunately, students have various routes they can take to lead to a successful career. We want our students prepared for whatever they decide to do after high school. Data, such as what has been reported by PARCA, shows that rigorous standards and strong teaching are truly paying off for Alabama high school graduates.”

Mackey also said a decrease in the need for remedial courses saves students money that would have been paid for these non-credit courses.

Statistics for each of the local high schools in the area are available at here.