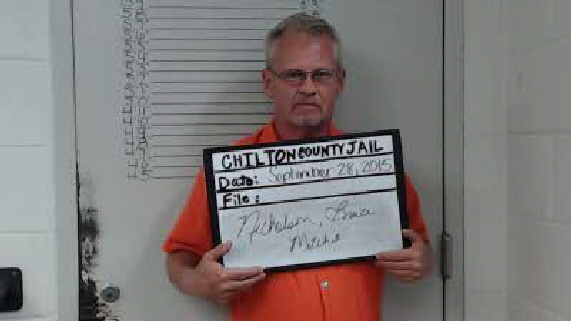 U.S. District Judge Madeline H. Haikala sentenced Bruce Nicholson, 56, to life in prison on April 15. Nicholson was convicted on Oct. 18, 2018, “for production, transportation, and possession of child pornography and transporting two minors with the intent to engage in unlawful sexual activity with them,” according to a release from the Department of Justice. “According to the sentencing memorandum, for many years Nicholson had sexually abused both girls and fled the state of Alabama with them in 2012. They were on the road for more than month and spent time in Florida, North Carolina and New York before law enforcement authorities found them in Kentucky.”

According to online files on the Chilton County Sheriff’s Office website, Nicholson was brought to the county jail by Jemison Police Department on Sept. 28, 2015. He was booked in before being released to a different state agency.

“The sentence handed down today ensures that this man, who stole the innocence of two girls and a large part of their childhoods, can no longer take advantage of them or any other vulnerable child,” Town said. “Nicholson gave no sanctuary to these innocent girls and now has been sent away to federal prison for life where there is no sanctuary of parole.”

“A long prison sentence is well deserved for the defendant in this case,” Sharp said. “The FBI will continue to use their tools to identify those who commit these horrendous acts, and will seek justice on behalf of their victims.”

By J.R. TIDWELL / Editor   Alabama reached a milestone during the month of February by seeing the lowest-ever average... read more