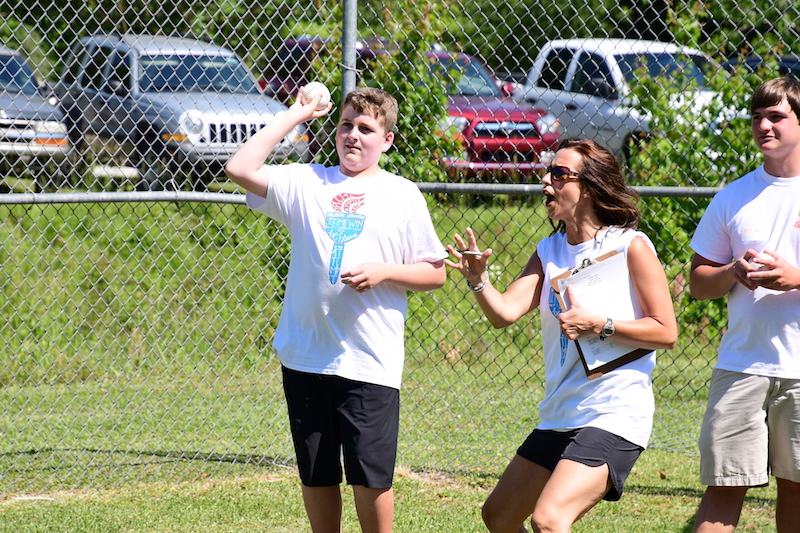 A student participates in the 2018 Special Olympics. This year’s event will be held on April 25. (FILE)

Chilton County Schools will host its Special Olympics at Clanton City Park on April 25 starting with an opening ceremony at 9:30 a.m.

If it rains, the event will be moved to April 26.

The school system is inviting the community to come be a part of the fun and cheer students on as they compete.

Many of the returning student athletes are excited for this year’s event, especially after they found out it would have a Disney theme. Activities will include a ball throw, running, long jump, soccer ball kick and an opening dance.

Coppedge said all of the participants are included in a dance during the opening ceremony.

“It’s to the song ‘We’re All in This Together,’” Coppedge said.

She said all of the seniors will help carry in the torch.

“They love to have people there to cheer and to clap,” Coppedge said.

A few of the female students from Chilton County High School will also perform a dance to “Electric Youth” by Debbie Gibson that they did as a part of Blast from the Past earlier this year.  Imani Weaver is one of them and is excited to get another chance to do the dance.

Student Evan Krallman said the group has practiced a lot to be ready for the performance.

Student Tate Mims said “the eating part and the badge part” are his favorite things about Special Olympics.

She said the Chilton County High School SGA and many other volunteers also contribute to the day being a success.

Inflatables will also be on-site for the students to enjoy. Student Karlie Jones said this was one of her favorite activities of the day.

Student athletes will receive Mickey or Minnie Mouse ears and a T-shirt.

Each year, the staff at Lay Dam invite Special Olympics athletes to tour the dam on another day  after the festivities.

Special Olympics has been an annual event in Chilton County for more than 30 years.

Family of faith: Four generations a part of Easter…