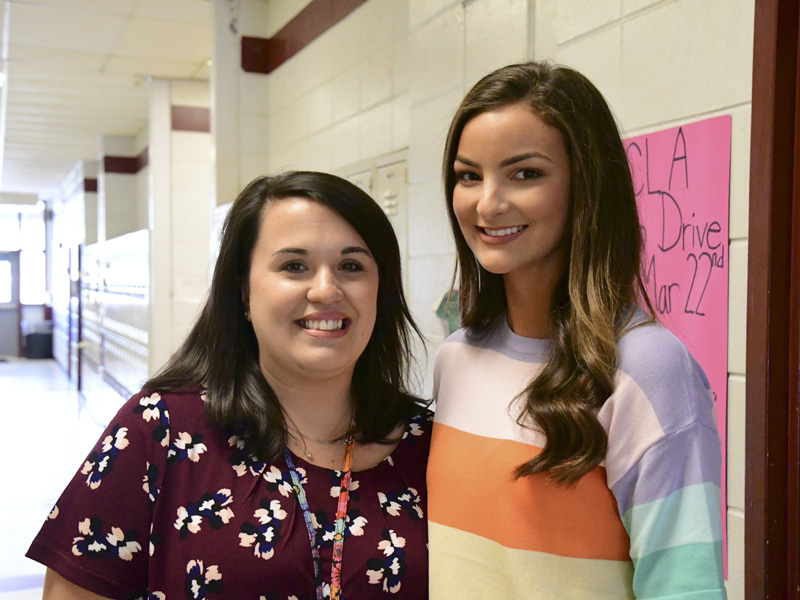 Thorsby sophomore Emily Jones will compete in Alabama Chemistry Olympiad on April 22. She was nominated by her teacher Bridget Caton. (Photo by Anthony Richards)

Thorsby sophomore Emily Jones will take her love of science to another level when she competes in the state’s Chemistry Olympiad on April 22.

She qualified for the state competition after scoring high enough in the initial round of testing on March 7.

This was Jones’ first time competing in the Chemistry Olympiad.

“With chemistry, you really get the mathematical part of science, which I think is very cool,” Jones said. “It was very hard. Some stuff we hadn’t learned yet, and some stuff we had.”

The test consisted of multiple-choice questions and was timed.

Jones was chosen along with Carlee Wyatt to represent the school by their science teacher Bridget Caton.

“I was pretty excited, because I’m really interested in science, and I thought it would be good practice for the ACT,” Jones said.

It is the first year that Jones has had Caton as a teacher.

“I’ve really enjoyed her, because she really wants to see us succeed,” Jones said. “We do labs, and I really like those because it lets us see how it works instead of just writing down notes.”

She has been passionate about science since an early age and has hopes to pursue a career in dermatology.

“Everybody has their favorite subject, and science just kind of clicked with me,” Jones said. “It makes sense, and I like to have an explanation behind stuff.”

According to Jones, there was not much extra studying that was done prior to taking the test, because it was unsure what degree of questions would be asked.

Jones took the first test at Thorsby but will have much different surroundings in Round 2 at UAB.

She is expecting the test and procedures to advance in difficulty at the state level.

Scoring well enough at state will qualify her a place at the national stage in Colorado and possibly the International Chemistry Olympiad in Paris.

“I like representing and making my school proud,” Jones said.