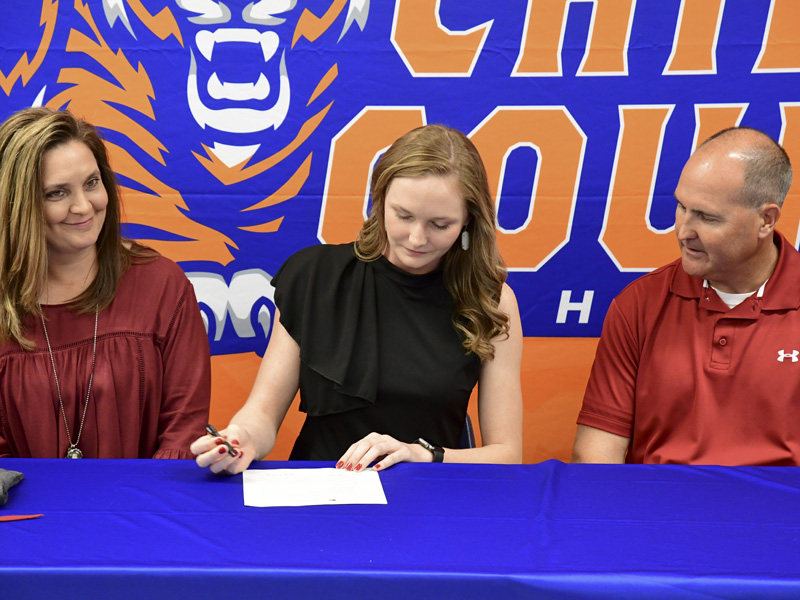 Adi Argent of CCHS signed to play golf at the University of Mobile. It was an opportunity available to her by playing multiple sports. (Photo by Anthony Richards)

It is always good to have options in anything that you do, but especially when it comes to choosing where to go to college.

Chilton County High School senior Adi Argent recently signed to play golf at the University of Mobile, which was an option she had due to playing so many sports.

She admitted that basketball was her first love, but golf proved to be the best choice during the recruiting process.

The trend in recent years has shifted toward guiding student-athletes to specialize in one sport.

However, Argent’s example proves that it is also beneficial to be well-rounded with an athletic resume.

I have talked with personal trainers that believe focusing on just one sport, especially throughout a calendar year, such as travel ball, can be harmful if not approached properly.

Certain sports use certain muscles more than others, and by playing other sports during the year it allows for those areas of the body to recover.

It is similar to how farmers will rotate crops from season to season in order to allow the nutrients in the soil to replenish.

There is a reason that sports are played in seasons, because the same sport was not meant to be played yearlong.

I understand that children will be more passionate for a particular sport than others, that is almost inevitable.

Everyone has their favorites, but it is also important for parents to keep an open mind and make sure that their children are fully aware of all the sports available to them.

The athletic opportunities are continuing to grow in the county with CCHS having added soccer and Jemison having established a successful fishing team.