County land taxes and where they go

When Chilton County residents pay land taxes, they may not know that those taxes are divided into 10 different categories.

According to Commissioner Steve Langston, if a resident pays $500 in land taxes, $79.13 of that total would go toward the maintenance of roads and bridges in the county.

That money comes from the combination of the road and bridge category and the gasoline tax fund.

However, those two categories only equate to slightly more than 15 percent of a person’s land tax.

Schools receive the highest portion of the property tax breakdown at nearly 28 percent followed by 18.5 percent going to the general fund and the state receiving close to 15 percent.

Residents also pay an average of $3.03 in straight gas tax that comes to Chilton County.

Getting everyone on the same page is a goal for Langston and the Chilton County Commission as a whole.

The breakdown is intended to create a higher level of transparency between the Commission and the residents they look out for.

“The reason we’re putting it out now is to inform the people,” Langston said.

The commissioners are county residents themselves and have experienced their own learning curves, especially those new to the position.

“A lot of people just don’t understand where their money goes for land taxes,” Langston said. “When I was a citizen I didn’t know where the money went either, nor did I understand. When I got elected, that was one of the first things that I wanted to know.”

Since Langston was voted onto the Commission, some of the popular questions he is asked by residents pertain to land taxes and why they are not seeing a direct benefit in road improvement after paying those taxes.

“Some people assume that if they pay $500 in land taxes, that it goes straight to the Commission office, but it’s actually collected and then goes to the different entities,” Langston said.

To help answer these questions, Langston always carries around copies of an example of the land tax breakdown to give to anyone who is interested. The breakdown example is also available to view online at chiltoncounty.org/commission.

“I carry stacks of these when I go to visit citizens,” Langston said. “When we inform them of where their money goes, they are a lot more receptive,” Langston said. “A better informed citizen means the better we [county] all are.”

* Note: The Chilton County Road Department is not budgeted any amount of the building, road and bridge fund. 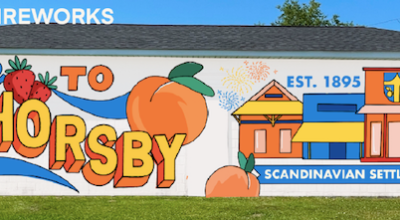