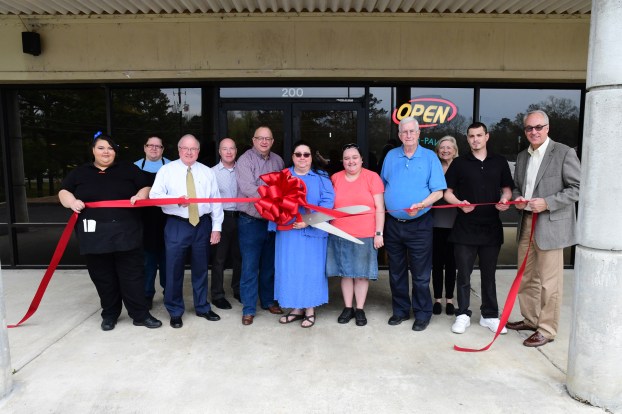 Diners in Clanton have another option available when looking for a place to sate their hunger.

Co-owners Krysta and Mike Markham founded the restaurant along with their daughter, Dallas.

The Chilton County Chamber of Commerce hosted a ribbon-cutting ceremony at the new location on March 25.

“I have been wanting (to open a restaurant) for about 15 years,” Krysta Markham said. “My husband decided he would let me try. My husband (Mike) is Paw-Paw. We have 10 grandkids.

“He and his dad used to fry fish at our family reunions, and we all liked Paw-Paw’s catfish. We know not everyone likes catfish, so that’s where the ‘and more’ comes from. We have hamburgers, chicken fingers, shrimp (among other items.)”

Krysta Markham said she had also always wanted to start a meat and three-style eatery, so she incorporated that idea into the new restaurant as well.

“We have Granny’s Corner for our lunch between 11:30 a.m. to 2:30 p.m.,” she said. “We have old-fashioned pot roast with carrots, potatoes, rice, gravy and two vegetables. We also have a beef enchilada casserole.”

Certain items are available during lunch only so that they can be ready when customers come through the door. 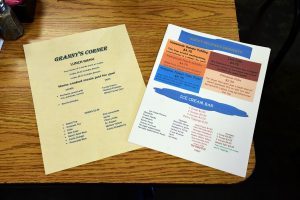 “A lot of our customers, people in town, only have a certain amount of time for lunch,” Krysta Markham said. “We have it ready, so you can come in and order it to go or eat inside and you still have time to enjoy it.”

Krysta Markham said she and her husband had been looking for a place to start a restaurant for some time. After Texas Steakhouse went out of business, they inquired about that location.

“It was all God,” Krysta Markham said. “I have to give Him the glory. We looked at several different locations. When the place that was here before us closed down, we looked at (this location) a lot. We didn’t realize how large the facility was until we talked to the landlord. God just laid it on his heart to give us a deal we couldn’t refuse. He was an instrumental part of helping get us going.”

Once the plan to open the new restaurant was in place, the Markhams called upon their daughter Dallas to help them with the venture. She went to culinary school at Trenholm State Community College in Montgomery.

“I have been cooking with my mom since I was 9,” Dallas Markham said. “I was working at (a fast food chain) when they told me they were about to open a restaurant, and they needed me.”

“I could not do this without my daughter,” Krysta Markham said. “She is my cook and right hand. Her dream is to start a restaurant, and one day this will all be hers.”

Krysta Markham said business has been “up and down” since the family opened up the restaurant.

“We haven’t really publicized it any,” she said. “We had a few bumps getting started. We tried opening earlier, but we changed our hours. We are open from 11:30 a.m. to 9 p.m. Monday, Tuesday, Thursday and Friday. We are closed on Wednesdays. Saturdays are 11 a.m. to 9 p.m. with all-you-can-eat catfish for $14.90. On Sundays, we are open from 4 p.m. to 9 p.m. That way we (can go to) church on Sunday mornings. We figure if we keep God in the middle of it, He will bless the rest of it.”

Mike Markham said that he and his wife have been listening to their customers and making adjustments in response to comments about the restaurant.

“We have made numerous changes since we first opened to try and perfect our service and food,” he said. “It’s been really good and challenging. We feel like we are meeting the challenge, and we look forward to what the future holds.”

“That side of the restaurant used to be the alcohol,” Krysta Markham said. “There is no alcohol whatsoever in the building now, and there never will be as long as I’m the owner. We have turned that into a dessert bar. We have 11 different flavors of drink. No matter what kind of (soda) float you want, we have strawberry, cherry, orange, pink lemonade. We have banana splits, lava cakes with ice cream on top. We wanted to have an old-fashioned soda fountain feel to the ice cream bar.”