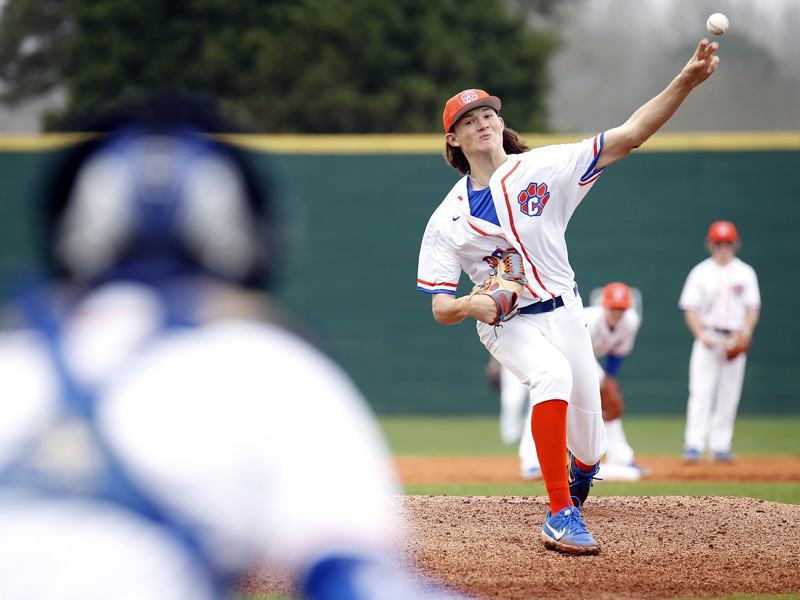 As Chilton County Schools enjoy spring break, it is a good time to recap the current landscape of baseball in the area.

Although no true county champion can be crowned due to the absence of a county tournament, we can still get a sense of which teams have the best shot of making a run in the second half of the season.

Thorsby’s 15 wins are the most of any county team to this point, while Chilton County High School is close behind with 12 wins.

The Rebels are 15-3 and a perfect 4-0 in area play. They have outscored opponents 201-26 and are currently on an eight-game winning streak.

Thorsby has not disappointed and have looked the part of a squad that had several players returning from a team that made the Class 2A final four a year ago.

CCHS headed into the spring break having won six-straight games of their own.

Dominant pitching has helped fuel the Tigers to a successful season so far. Pico Kohn has shined beyond his sophomore status, while junior Riley Thornton provides the second half of a dangerous one-two punch. 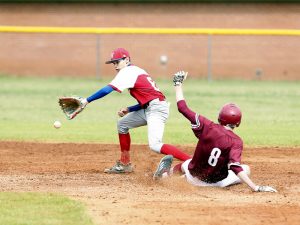 Verbena and Maplesville are both 2-0 in area play heading into the spring break. (Photo by Brandon Sumrall/Special)

Maplesville and Jemison have both shown promise at times throughout the season.

The Red Devils are 6-9-1 and 2-0 in area play. Senior Christin Brown has provided quite the noise in the batting order and is a threat to leave the park on every at-bat.

Jemison is in a similar situation with a record of 7-9, but have not fared as well in area play at 1-3.

The record reflects a somewhat up and down year for the Panthers, who have been shutout four times but on the other end of the spectrum have scored double digits in four of their wins.

Wins have been hard to come by this season for Verbena, Billingsley and Isabella, especially for the Mustangs who are still in search of their first notch in the win column after 10 games.

At the moment Isabella is dealing with a lack of production on the mound and at the plate. The Mustangs have scored more than three runs in just one game, while having given up 10 or more runs in seven of its losses.

Verbena (2-10) and Billingsley (3-12) have similar records, but are in vastly different situations due to both of the Red Devils’ victories coming in area play.