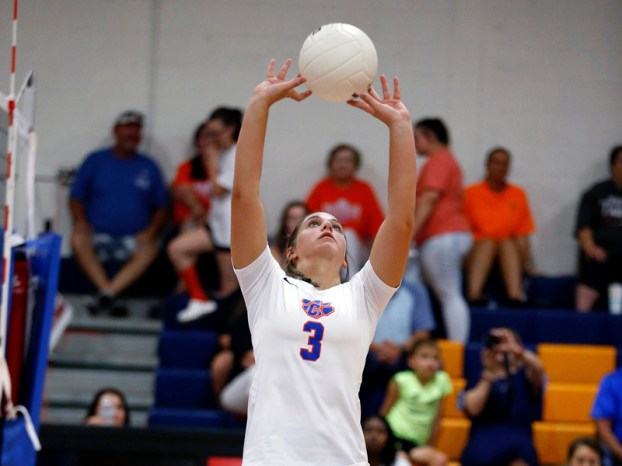 Abigail Powell of CCHS is a 2019 region recipient of the Bryant-Jordan Scholarship. (Photo by Brandon Sumrall/Special)

Abigail Powell has been selected as a 2019 region winner of the Bryant-Jordan Scholarship.

The Chilton County High School senior will receive $3,000 to help toward college tuition.

The scholarship factors both athletic and academic excellence, while also taking into account the recipient’s resiliency during difficult situations.

Powell’s mother died a couple of years ago, and it was a difficult situation as expected.

According to Powell, one of the people that helped her through the tough time was former CCHS volleyball coach Emily Driver.

“She was definitely there for my 10th grade year helping me through it,” Powell said. “She was the one that put me on varsity at the end of my ninth grade year, and I was on varsity ever since. She helped me become pretty much the athlete that I am.”

Powell will continue to play volleyball at the next level after having signed with Wallace Community College in Selma.

“It’s [senior year] been pretty good so far, I can’t complain about it,” Powell chuckled.

An awards banquet will be held April 8 in the ballroom of the Sheraton Birmingham Hotel with a reception to follow across the street at the Alabama Sports Hall of Fame.

Powell will have the opportunity for additional scholarship money if she is chosen for other awards that night.

According to Powell, it made her feel good to know that CCHS athletic director Tal Morrison thought enough of her as a student-athlete for the nomination.

“Especially when I’m not really out there, and I more keep to myself,” Powell said.

Instead, she lets her performance do the talking, which in many cases is enough to speak for itself.

Her prowess in volleyball is just the tip of the iceberg when it comes to Powell’s athletic endeavors.

Other than volleyball, Powell has competed in track, archery and jiujitsu outside of school. She has been doing jiujitsu for about three years.

Taking part in a variety of sports makes for a jam-packed calendar throughout the year. However, she would not have it any other way.

“I like being athletic and being able to do a lot of stuff,” Powell said.

By BRANDON SUMRALL Special to the Advertiser The Maplesville varsity baseball team picked up a pair of hard-fought victories on... read more