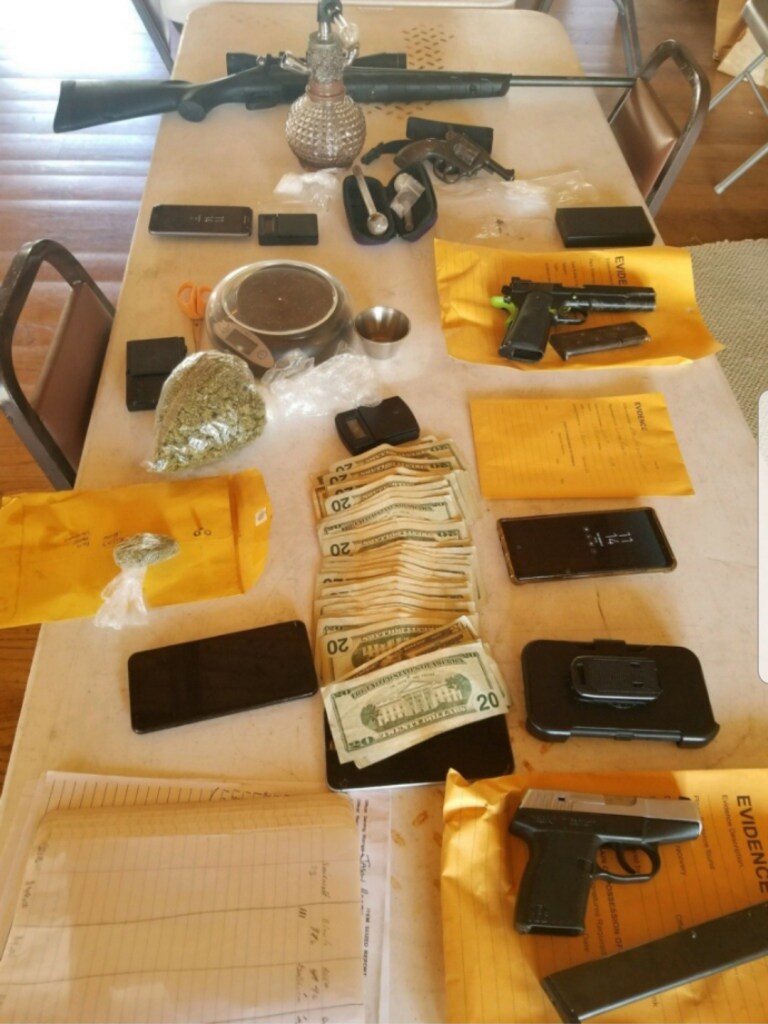 The joint operation resulted in the arrest of 56 individuals on approximately 150 charges ranging from trafficking, distribution, unlawful possession and other offenses, according to a release from the CCSO.

Thirty-seven law enforcement officers and four K-9s participated in the planned arrests, which included three search warrants that led to the seizure of methamphetamine, marijuana and eight firearms.

“Many of these arrests were the result of months of joint investigations between local agencies, and many of those were indicted in a special grand jury that was convened the first week of March to specifically address the high volume of drug offenses,” according to the release.

“Illegal drugs continue to be one of our greatest challenges and priorities,” said Sheriff John Shearon. “Probably over 90 percent of all the crime we investigate has a nexus to illegal drugs in some form or fashion. Many of these investigations are lengthy. They are time and manpower intensive, and they have to be investigated on the drug dealer’s schedule.

“We try to investigate every complaint that the Sheriff’s Office receives. Just because you don’t see immediate results doesn’t mean we are not investigating it. I hope operations like this one show that we are working to address the problem. I am extremely proud of the job all the deputies and officers have done in this operation and the job they continue to do for our county.”

“So many things had to happen for this to work,” said C.J. Robinson, the chief deputy district attorney for the 19th Judicial Circuit. “We especially want to thank the grand jury, who reconvened a few weeks ago specifically to hear drug cases.

“We are so proud of the efforts of our local officers. When you see a law enforcement officer, please say thank you. They will understand.”

Both Mayfield and CPD Chief Keith Maddox said there were no injuries sustained among members of law enforcement during the operation.

“(The operation) went great,” Maddox said. “It was very successful. It was a good team effort; all of the departments cooperated with each other. We have to have that kind of cooperation to have mutual success.”