Argent to play golf at University of Mobile 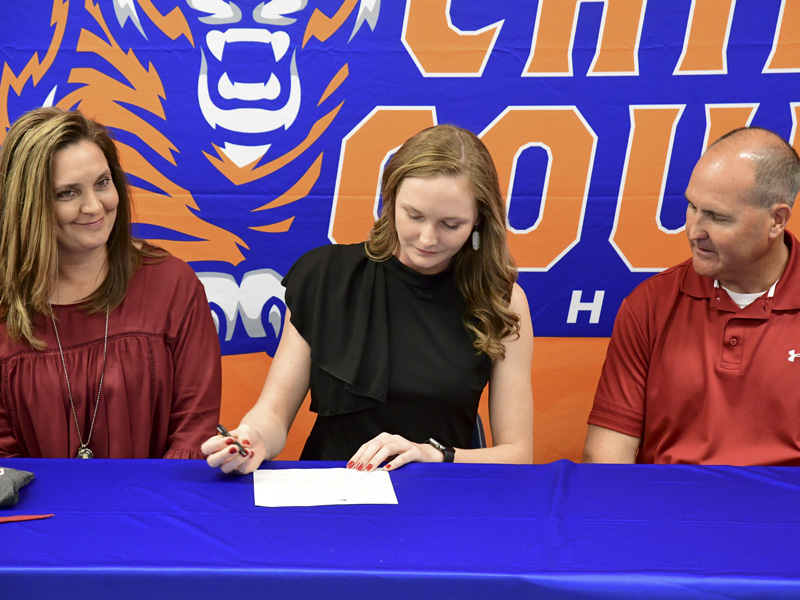 Adi Argent of Chilton County High School signed to play golf at the University of Mobile on March 21. (Photo by Anthony Richards)

A crowd jammed into the Chilton County High School library to watch Adi Argent sign to play golf at the University of Mobile.

She signed as part of a ceremony on March 21 that included doughnuts and plenty of hugs from friends and family.

Signing days are always an emotional time for everyone involved. That was no different for Argent as she woke up the day of the event.

“I kind of had mixed emotions,” Argent said. “I was nervous, because there’s really no going back once it’s official, but then I was so excited because I had such a great turnout of supporters.”

Argent played several sports throughout her high school career, but it was golf that she decided was the best future for her.

“It [recruiting process] was probably the most stressful thing I’ve had to deal with,” Argent said. “I’m so thankful because I did have a lot of opportunities, but it was hard when it came to decision time. I spent a lot of time in prayer, and I feel confident in the decision I’ve made.” 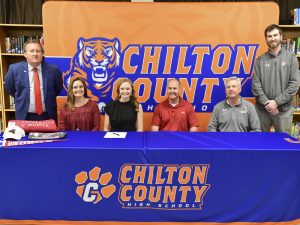 Argent has been playing golf since seventh grade. (Photo by Anthony Richards)

She chose the University of Mobile over Spring Hill College, also in Mobile.

“It came down to my values and feeling like I would fit in as a person and an athlete at the University of Mobile,” Argent said.

According to Argent, she has played golf since seventh grade, but really started taking it seriously during the past two years.

“I knew that I wanted to do something [athletic] in college, but also something that wouldn’t hurt my body as much,” Argent said. “That’s when I realized that golf was for me.”

Playing several sports allowed Argent to have choices when it came to playing at the next level.

Keeping an open mind when it comes to trying different sports is something that she encourages to all youth athletes.

“You’ll be surprised,” Argent said. “Basketball was my favorite sport and that’s what I played the longest, but I also really enjoyed golf and it gave me the future opportunities.”