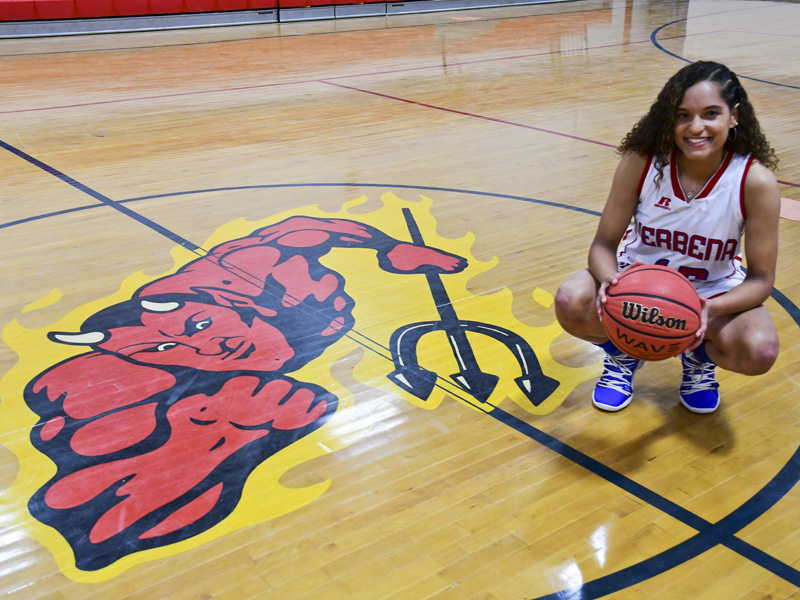 JaNiya White of Verbena was named The Clanton Advertiser’s 2019 Girls Basketball Player of the Year. (Photo by Anthony Richards)

Verbena’s JaNiya White had a magical senior season on the basketball court and capped it off by being named The Clanton Advertiser’s 2019 Girls Basketball Player of the Year.

White was a major cog in the Red Devils’ magical run to the Class 1A regional semifinals.

She was not only a primary scorer, but also served as a leader for her teammates both on and off the court.

White surpassed 1,500 points for her career, which became one of her personal goals after talking with head coach David Sneed and having met her initial goal of hitting the 1,000-point mark during the tail end of her junior season.

Then-girls basketball coach Christopher Doss called White to the varsity squad at the end of the junior varsity season her seventh grade year.

“Going from JV to varsity is really different,” White said. “When I got on varsity, I got hit every game and I was tired.”

The physicality was one of the things that took some time to get used to, but White credited those early moments for making her into the player she is today.

White’s parents played basketball, and their love for the game has carried on to both her and her sister. 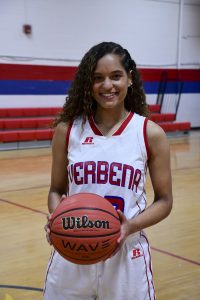 White scored more than 1,500 points in her career. (Photo by Anthony Richards)

Spending lots of one-on-one time with her dad helped her in the preparation of what to expect at the varsity level.

Being able to scan the court and find the open teammate is something that every point guard continues to perfect.

That is also the case for White, who prides herself in the ability to read the court and find the proper attacking lanes, especially on the fast break.

“The family support that I had kept me from not giving up when I had my worst games or worst days,” White said. “Having them behind me really helped along the way.”

According to White, her goal since she first dribbled a basketball was to be the type of player that her dad was.

“It is like a dream that came true for me to live up to him,” White said. “To reach it is truly an accomplishment.”

According to White, she and the team began to discover their potential and realized what they could be capable of during the second half of her junior season.

White pointed to the team’s victory over Thorsby in the county tournament two years ago that really established the family-type atmosphere that the team carried forward with them.

“In that game we overcame not just as a team, but as a family,” White said. “That will always be one of my favorite memories to look back on.”