Fortner repeats as basketball player of the year 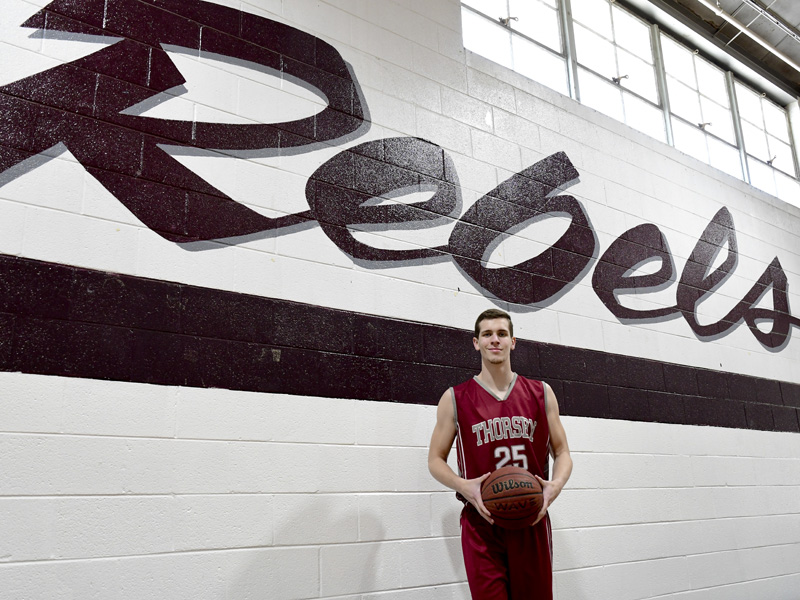 Thorsby’s Christian Fortner is The Clanton Advertiser Boys Basketball Player of the Year for the second straight season. (Photo by Anthony Richards)

Christian Fortner continued his banner athletic year by being named the The Clanton Advertiser’s 2019 Boys Basketball Player of the Year.

It was the second consecutive year that the senior received the top basketball honor, and it came just months removed from being selected as the football player of the year as well.

Despite the numerous accolades to this point, Fortner has never lost appreciation of the hard work that they represent.

“It just makes me want to work harder and earn more,” Fortner said.

The family dynamic is something that they have both embraced.

“Everybody on the team trusted him,” Christian Fortner said. “I know that when he says something I need to listen, because he’s just trying to help us.”

Christian Fortner’s stats were very similar to his player of the year season a year ago. He averaged a double-double with 24.8 points and 10 rebounds. 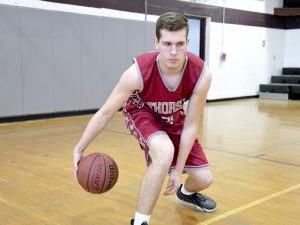 Fortner averaged a double-double with 24.8 points and 10 rebounds per game as a senior. (Photo by Anthony Richards)

However, what continued to make him stand above other players in the county was his versatility and the impact he had on a game from both ends of the floor.

Whether it was averaging four assists per game as a facilitator on offense or the way he protected the rim with an average of 5.6 blocks per game on defense, his presence was felt.

“I just go out and play my hardest in every game,” Christian Fortner said.

According to Christian Fortner, winning the county championship, the school’s first in roughly three decades, was the most memorable moment for him during his senior season.

“That was probably the most fun that I’ve had in a basketball game,” Christian Fortner said. “After the game, I was hollering and jumping around. I was just so excited.”

In many cases becoming a senior also brings along with it an added sense of leadership within the team.

However, he has been a part of the varsity team for five years, which led him to being thrust into a leadership role long before his senior season.

“I’ve been playing for so long, that it feels like I’ve been a senior for three years now,” Christian Fortner said.

He does not turn down any chance to play basketball, no matter if it is competitively or with friends.

That dedication is reflected in his work ethic, which consisted of him spending individual time in the gym about four to five days a week during basketball season.