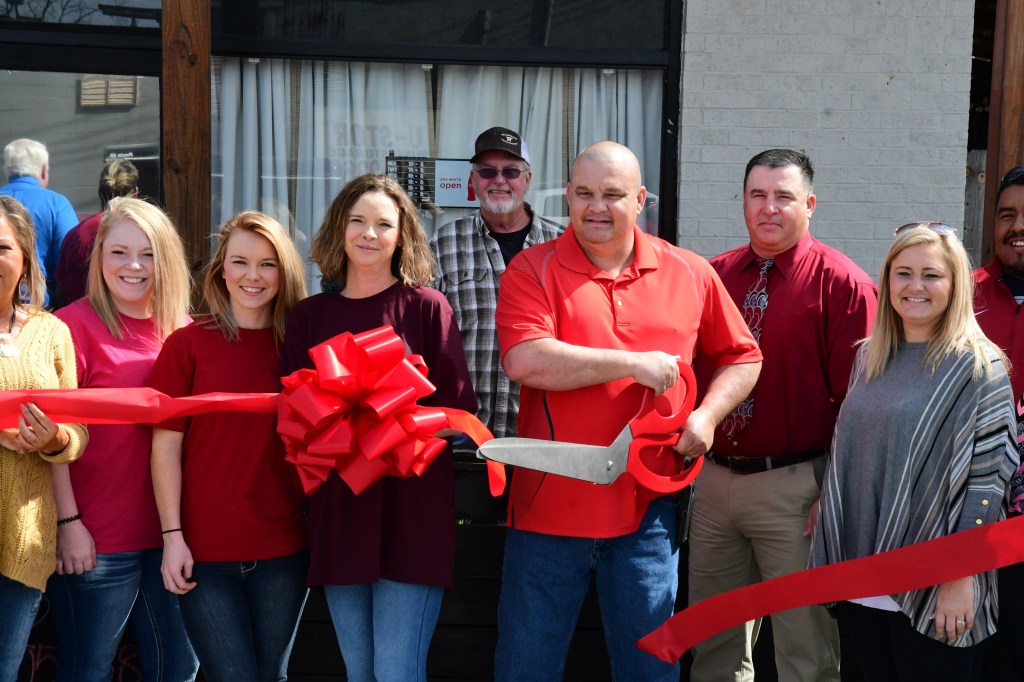 Bone’s opened for business on Feb. 22 at 310 Sixth St. S in the building formerly occupied by Big Daddy Burgers. Darrell Bone co-owns the business with his wife, Nicole.

“Business has been really good (since we opened),” Darrell said. “We have seen a lot of customers come in.”

Darrell said people were lined up out the door and around the restaurant the day the business opened. He said he had so much business the following day that he ran out of food.

Darrell has been working two jobs since opening the restaurant. He is also an officer with the Clanton Police Department.

“It is pretty tough,” he said. “As soon as I get off work from being police, I come straight here and go to work. On my off days from my police job, I am here all day working.”

Those dual responsibilities have come with some benefits, however, as members of local law enforcement have come to eat at Bone’s since it opened.

“It feels awesome. I love my brothers in blue,” Darrell said.

Bone’s Backstreet BBQ is among several new members who have joined the Chamber since Francine Wasden came on as executive director last August.

“I am so excited,” Wasden said. “We are doing great. We’ve got lots of new members. I think (Bone’s) is doing a great job. They told me that business is good, and people are learning they are here. It takes a little while for people to understand who you are, where you are and what you have on your menu. We are thankful to have them.”

Bone’s is said to be a “descendant” of Jim’s BBQ in Billingsley on Highway 82. Darrell’s mother Jeanette Hughes owns and operates Jim’s BBQ.

Bone’s Backstreet BBQ is open Monday through Saturday from 10 a.m. to 8 p.m.