Students at Jemison Intermediate School learned about disaster safety and preparedness during a program in the school gym on March 6.

Caleb Robinson, who works with American Red Cross Disaster Services, taught the kids about what to do in the event of a fire.

“Every eight minutes in the U.S. there is a house fire going on,” he said. “That is the most common disaster we face here in Alabama. Every day there is a fire going on somewhere in the state.”

The program is part of the Red Cross’s Pillowcase Project. Students are given pillowcases to take home that have items written on the cover that would be helpful to store inside in case of an emergency, like pictures or a first aid kit.

The kids were given markers in order to color in Disney characters and customize their pillowcases, which will help them both remember the items and what they are for.

“The Pillowcase Project started after Hurricane Katrina,” Robinson said. “One day, (someone with the organization) noticed college students walking around with their belongings in a pillowcase. They got the idea to take that and bring it to the elementary school level to educate youth about emergency preparedness plan.”

Robinson said one of the main reasons the Red Cross targets youth with the project is because children will likely go home from school and tell their parents what they learned during the program and show them the pillowcases.

“The kids will tell them, ‘We need to check our smoke alarms and have a fire drill,’” he said. “It helps jar the parents’ memory.”

JIS Principal D.J. Nix said his school was one of the only ones in the area putting on the program, which he said was “very important.”

Robinson said the American Red Cross Disaster Services is a “great” organization to be a part of.

“We get to go out into and service communities and help people,” he said. “We provide assistance for them as much as we can.” 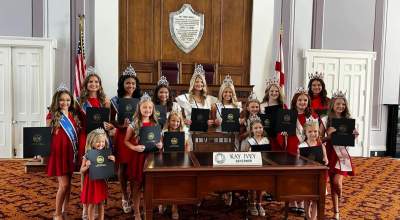