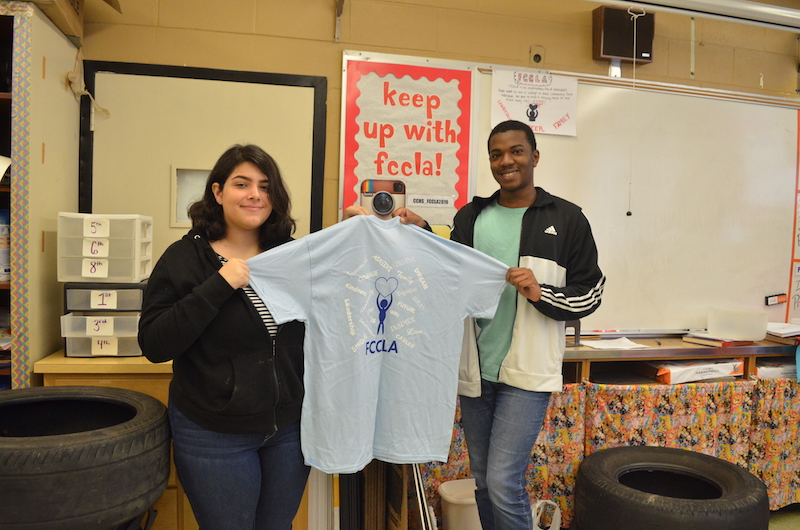 Chilton County High Schools students have found a variety of ways to positively impact their community through the Family, Career and Community Leaders of America club.

“We find ways that we can make money, and then we try to find a cause we can raise money for,” member Amaris Toro said.

Toro said “doing good things for the community, like raising money for things that are a need” is what made her interested in joining FCCLA.

Member Xavier Rogers said he was interested in being a part of the club as an opportunity to “give back.”

FCCLA sponsor Sara Fox said many times organizations in the community contact her looking for help. However, students will also suggest projects for causes they are passionate about or have connections to.

The club meets at least twice a month.

‘We just talk about ideas that we want to do,” Rogers said.

Recent events the club has hosted to help the community include catering a meal at Senior Connection on Veterans Day, selling apple pies to raise funds, wrapping presents for Christmas Wishes, making lap blankets for veterans and a bake sale to raise fund for the Humane Society of Chilton County.

The bake sale for the Humane Society was to help the organization with future plans.

“They are trying to build a new building,” Toro said.

Christmas Wishes was one of Toro’s favorite projects.

“We went to an elementary school and wrapped gifts we had bought for children who need gifts for (Christmas),” Toro said.

She said the project benefitted students in need at Clanton Elementary and also children in the care of the Department of Human Resources.

“I enjoyed making the pies — it was fun,” Rogers said.

Looking to the future, a school supply drive for local teachers is being planned.

Students are also gearing up for participation in the state competition.

Rogers is competing in the publicity category and is working on promoting the club within the school. He said a survey for those interested in the club was created and made available to students.

Other categories at the competition will include culinary arts, teaching, fashion construction, repurposed design, etc.

Fox said they are hoping that one of the CCHS groups will make it to the national competition in California.

Students interested in joining CCHS FCCLA must have a good GPA, a teacher recommendation and have taken at least one Family and Consumer Science Class. Membership dues are $12 a year.

To remain in good standing with the club, students must participate in at least three of the projects the club does in a year.

Fox said the club has more than 100 members.