No ‘major issues’ by rain expected for Coosa River 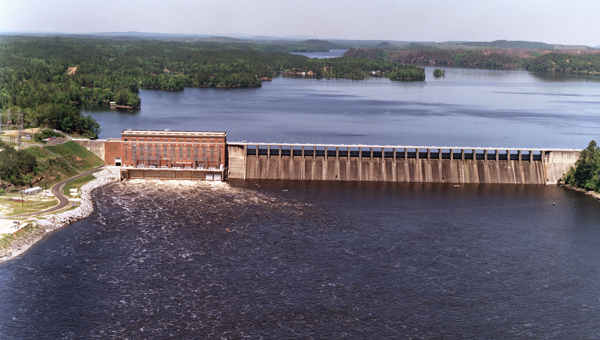 Heavy rains may cause some water level increase at Lay Dam but no major issues are expected. (FILE)

The state of Alabama has seen periods of heavy rain over the last few days.

The National Weather Service in Birmingham issued a warning ahead of the forecast weather that some rivers in central Alabama might flood due to the excess precipitation falling on areas that are already saturated from previous days of rain.

However, Alabama Power is working to help mitigate the effects of the weather event on the Coosa River by utilizing Lay and Mitchell dams in Chilton County as well as Jordan Dam in neighboring Elmore County.

Roger Yeargan, the hydro manager for the Lower Coosa system, said he expects no “major issues” when it comes to flooding in the Coosa River.

“We are in flood control now,” he said. “We began flood control late Sunday night (Feb. 17) into Monday morning when we opened the first gates at Lay Dam and then some at Jordan. Those three dams are what we call ‘run of river’ dams. They are not storage lakes. We do not let water up and down great numbers of feet. We regulate based on about a foot, so all of the lakes stay within about a foot.”

Yeargan said lake levels at Lay, Mitchell and Jordan were normal except for the areas close to the dams.

“Some of the people might see (a change) if you are right near the dam,” he said. “When we spill water, the level at the dam will raise 2 or 3 feet. Lay was about 3-feet high right at the dam when I looked at it (on Feb. 19), but by the time that water gets all the way to Mitchell it is at normal pool. As we push this floodwater into the lakes, the level does rise a little bit close to the dam.”

The hydroelectric dams can only push through so much water, so any excess is run through spillway gates.

While no major flooding is expected on the Coosa River, some localized flooding in low-lying areas is possible with the amount of rain expected.

“If you are Cargile Creek at Lake Mitchell (for example), if it is raining heavy up in the woods, that water is hitting the creek and has to get out into the main tributary,” Yeargan said. “It can’t get out there quick enough if it is raining a lot. So, people on the creek might have the water come up a couple of feet on them. It takes time for the water to flow out of the mountains and get through the creeks into the river.”

Water may flood out over roadways near these creeks, and motorists should always avoid driving over flooded areas in vehicles.