Defensive player of the year signs with Huntingdon 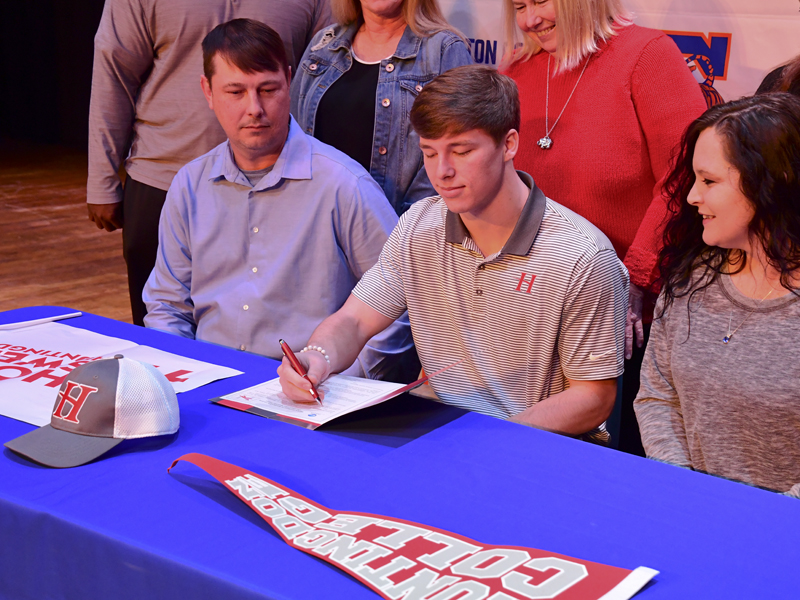 Triston Schmidthorst of CCHS signs to play football at Huntingdon during a ceremony on Feb. 20. (Photo by Anthony Richards)

Triston Schmidthorst was one of the most prolific defensive players in the county last football season, and now he will have the chance to prove why at the next level.

“Triston is a football player,” CCHS head coach Tal Morrison said. “He is just old-school and hard-nosed. You knew what you were going to get from him, and that was fun to coach.”

The Chilton County High School senior signed a scholarship to play football at Huntingdon College in Montgomery during a ceremony in the auditorium on Feb. 20.

“It’s an accomplishment, and I feel like everything that led up to this has happened exactly how it was supposed to happen,” Schmidthorst said.

He went on tours to various schools, but Huntingdon was the one that stuck out in the end.

“I decided to go to Huntingdon because I feel that it will have a huge impact on my life,” Schmidthorst said. “I felt like I was called to go there.”

According to Schmidthorst, everything from the relationships with the coaching staff to the look of the campus just felt right. 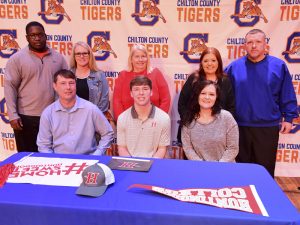 Schmidthorst was surrounded by family and coaches. (Photo by Anthony Richards)

Another factor in the decision-making process was Huntingdon’s close proximity to Chilton County, which will allow for family and friends to come see games.

“There were a few schools in New York and North Carolina, but I didn’t really want to go that far,” Schmidthorst said. “You have to take everything into account.”

He played more on the defensive side of the ball during his senior season than he ever had, but it seemed like a natural fit from day one.

“To me, I’m still under the mentality that defense helps you win championships,” Morrison said. “It’s my philosophy that you want your better athletes that are suited for contact on defense. He had that mindset.”

His unique combination of speed and physicality made him a potent strong safety, a position he will continue to play in college, and allowed him to lead the county with 139 tackles during the 2018 regular season and be named The Clanton Advertiser’s Defensive Player of the Year.

Learning the new terminology and adapting to the speed of the game at the college level is what he is looking forward to most.

“From the time I came in [two years ago] he has been a workhorse,” Morrison said. “It’s really been great to see him blossom and step up as a leader.”