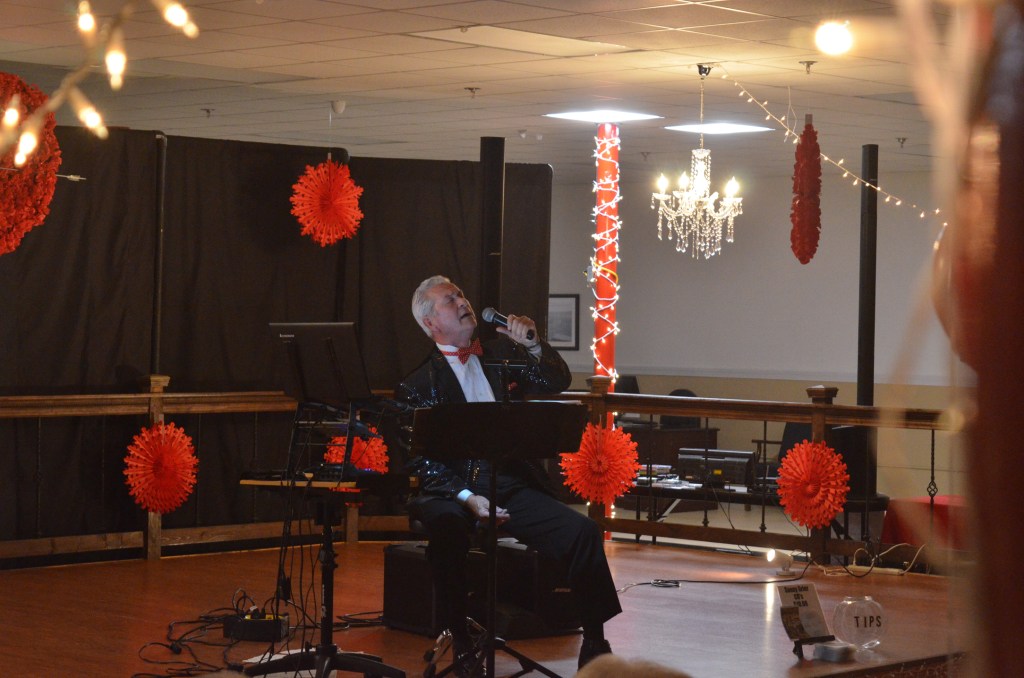 Sonny Grier of the ’60s band the Rockin’ Gibraltars performed for the large crowd gathered at Senior Connection in Clanton for the Valentine’s Day banquet. (J.R. TIDWELL/ADVERTISER)

Senior Connection in Clanton had a packed house for its Valentine’s Day banquet on Feb. 14.

Bob Sanders, who helped out (along with his wife Lucy) with booking the singer for the event, introduced Grier before the singer took the stage.

“I don’t think some people realize how many people from Alabama we have in the entertainment business,” Sanders said. “A lot of them are from here. Sonny’s group started in (1965). Back in those days you played all the skating rinks, armories, gymnasiums and fraternities. They played in some of the big band shows. They played with everybody.”

Grier sang several familiar songs from the ’60s while walking amongst the crowd.

Many people got up and danced during his performance.

Vanessa McKinney, the director of Senior Connection, said the turnout was wonderful.

Student Government Association students from Chilton County High School were on hand to help out with the event, including bringing the plates of food and beverages to attendees at their tables.