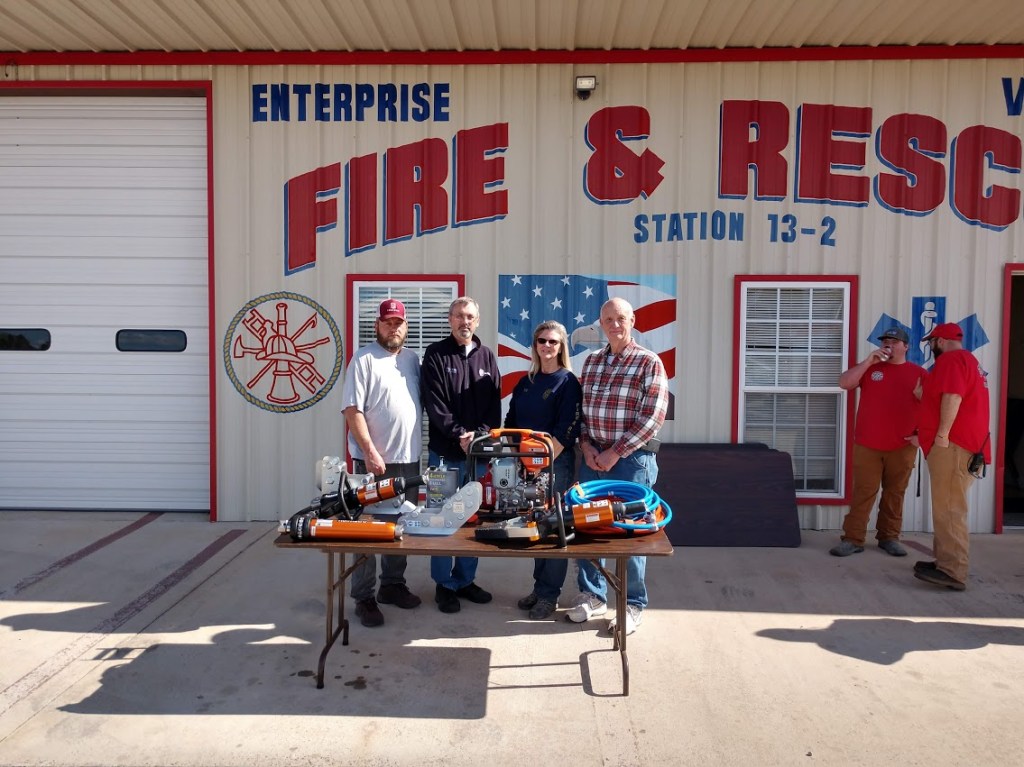 According to Rescue Chief Amelia Headley, Enterprise VFR received $24,865 in the form of a Firehouse Subs Public Safety Foundation Award.

Headley said the station was notified it would be getting the grant on Jan. 7.

Headley said that after Enterprise VFR received news of being awarded the grant, the station placed an order with North American Fire Equipment Company (NAFECO) for the new equipment.

The station purchased a complete set of Holmatro extrication equipment, which was delivered on Feb. 2.

“John Wilson, representative from NAFECO, delivered the equipment and demonstrated its use and will return at a later date to teach a complete extrication class,” Headley said.

Firehouse Subs is a nationwide chain of restaurants founded by brothers Chris and Robin Sorensen, who are both experienced firefighters. Restaurants are modeled using a fire station theme, and the organization raises funds for firehouses across the country.

“Thank you to the Foundation for their contribution and making this extrication equipment a reality for our volunteer fire department and the citizens of Chilton, Autauga and surrounding counties,” Headley said.