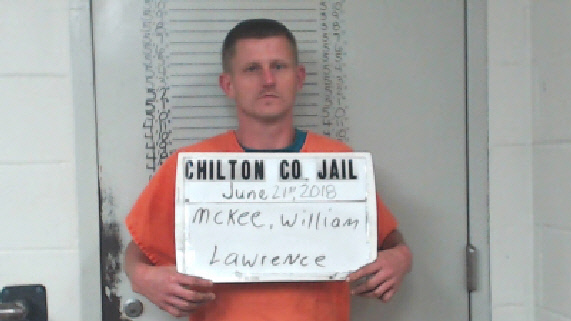 Clanton Police arrested William McKee, 36, after he was allegedly caught burglarizing Boomerang’s during the morning of Feb. 8. (CONTRIBUTED)

Clanton Police arrested a man after he was allegedly caught in the act of burglarizing Boomerang’s restaurant on the morning of Feb. 8.

Boomerang’s has been closed for several years.

William Lawrence McKee, 36, was taken into custody and charged with burglary of a non-residence without force and theft of property in the fourth degree.

According to the CPD incident report, a detective was passing by Boomerang’s, which is located at 2021 Seventh St. S, at approximately 7:28 a.m. when he noticed the taillights of a vehicle beside the restaurant.

The officer pulled beside the vehicle to investigate. He “observed McKee walking from the rear of the business holding several metal pans.”

McKee initially turned to flee once he saw the officer but responded to commands to halt, place his hands in the air and get on the ground.

According to Capt. David Clackley of CPD, McKee entered a walk-in cooler inside the closed restaurant and took the stainless steel items for scrap sale.

McKee was booked into the Chilton County Jail at 8:22 a.m., where he remained as of noon on the date of the offense, according to online records.

McKee has multiple arrest records for charges such as theft, burglary and drug possession going back to 2010.