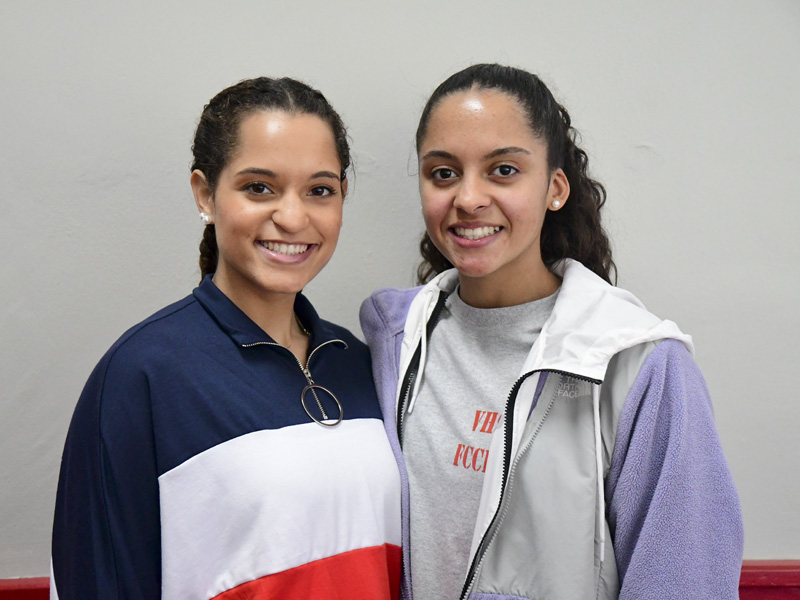 JaNiya and Jasmyn White are both prolific scorers for the Verbena girls basketball team. (Photo by Anthony Richards)

Family history can play an influential role in a person’s life.

For JaNiya and Jasmyn White of Verbena, basketball is the family path.

Both their parents played during their time at Verbena, and the sisters have followed in those footsteps.

JaNiya is a senior, while Jasmyn is a freshman. Together they form a dangerous scoring tandem that has helped lead the Red Devils to the cusp of an area championship.

Each possess a unique knack of putting the ball in the hoop but go about accomplishing that in different ways.

According to JaNiya White, she is more direct with her driving to the basket, while Jasmyn has a little more finesse to her game and has the ability to take opponents off the dribble and look to create her own shot.

“When I play, I don’t do all the fancy moves of dribbling through your legs like she does,” JaNiya White said. “I just find the fastest way to get to the basket.”

Both sisters started playing competitive basketball when they were about 10 years old.

“It’s always been just something I love,” JaNiya White said.

Since they first started out, their dad has been one of their coaches and has always been there to provide them with an endless amount of support.

According to JaNiya White, their dad helped instill toughness and will to win that she believes has made her the player that she is today.

“They [parents] are always there for us,” JaNiya White said.

Due to the age difference, the two sisters never really played on the same teams over the years. That is, until the last couple of years when the two have shared the court at the high school level. 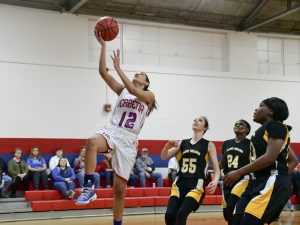 However, they each had their share of intense battles in the driveway at home throughout the years.

Ball-handling and shooting were two of the main things worked on during these sisterly pickup games.

One of the unique dynamics about having a family member as a teammate is that the basketball conversations do not stop with the final whistle.

According to JaNiya White, they dissect their play and discuss the situations of each game in the car ride home.

“Because we’re sisters, when we get on the court we have that connection,” JaNiya White said.

That natural cohesion between sisters has helped spread to the rest of the team and has created a tight-knit group that has continued to show more and more promise.

“Most of them know us, but they can only try and stop us,” Jasmyn White said.

JaNiya White ended the regular season having surpassed 1,500 career points and is looking into the possibility of playing in college.

“Since my seventh grade year, I realized that’s what I wanted to do when I go to college,” JaNiya White said.

She hopes to come back after college and coach.

As a younger sister, Jasmyn has learned a lot from her older sibling, and her game has grown in strides as a result.

The White sisters are in the midst of raising the ceiling of Verbena girls basketball, and the next step in that journey is an area championship.

The Red Devils will host Autaugaville in the Area 5-1A title game beginning at 6 p.m. on Feb. 7.