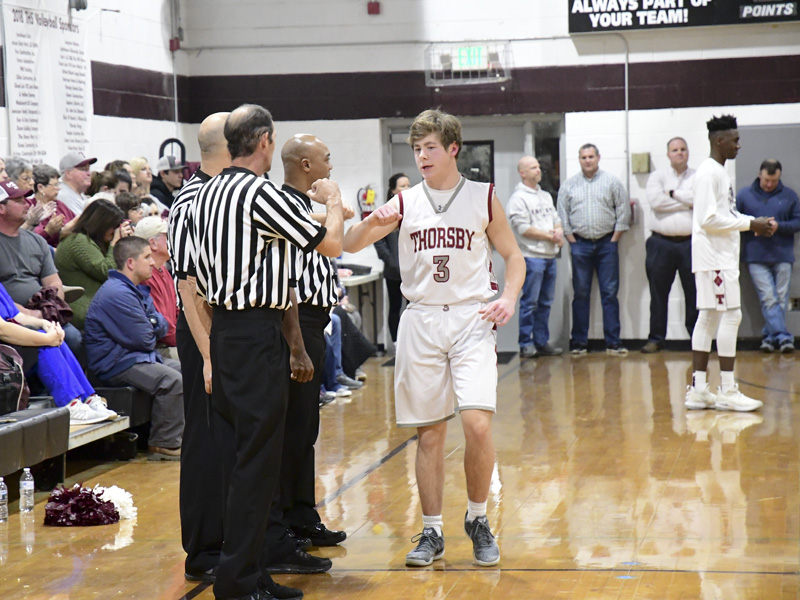 The Thorsby Rebels boys basketball team finished off the regular season on a high note with a 85-54 victory over Verbena on Feb. 1.

Sawyer Sellers and Cole Farris each grabbed six rebounds and provided a combined 13 points in the paint.

It was an emotional night for the Rebels, who celebrated senior night.

Verbena came out ready to spoil the THS the fun and only trailed 17-14 at the end of the first quarter.

However, the Rebels eventually found their groove and led 33-26 at halftime.

THS outscored the Red Devils 52-28 in the second half.

How Thorsby fares in the area tournament on Feb. 5 and 7 will determine whether or not the Rebels will play on their home court yet again.

It could be the final regular season home game for Cole Hight, Jackson, John Ryan Wood, Farris and Fortner.

The Thorsby boys will play against Reeltown in the Area 8-2A semifinals on Feb. 5 at Central Coosa, while Verbena will face off against Autaugaville on Feb. 5 at 5 p.m. at Ellwood Christian Academy.