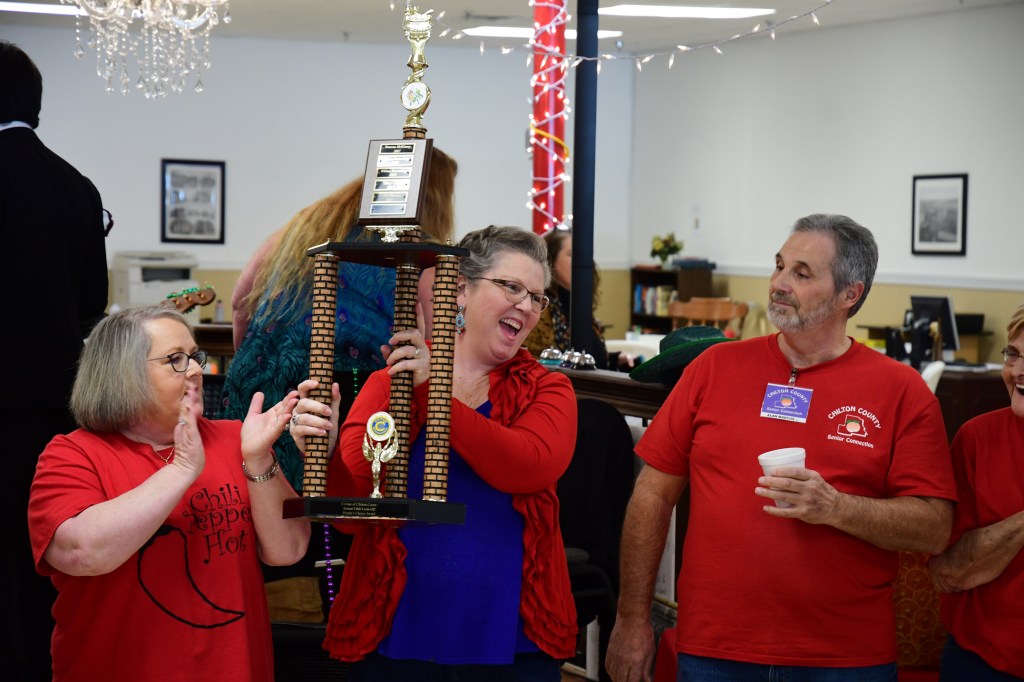 There were 16 competitors in this year’s contest, which is the maximum number of entries taken.

The criteria for submitting a chili for judging were fairly simple, including making a gallon of the entry so that samples could be given out to the audience.

Participants served samples of their entries to onlookers as the judges meticulously graded each chili.

When the chili powder settled, it was Pam Graham who took home the first-place trophy.

She had entered the contest the previous two years with her husband but failed to place.

Graham gets to take home the contest trophy for the next year as well as the bragging rights that go along with it. She also received the top prize of $100.

“She is going to be tickled to take the trophy home,” director Vanessa McKinney said.

Each chili entry was graded on a scale of one to 10 in six separate categories: texture, color, spice and taste, aroma, flavor and consistency.

Graham’s entry received 168 out of a possible 180 points from the panel of judges.

“I use the fire-roasted tomatoes, and it has garlic in it,” she said of her chili. “I think anything that you can add to it to help the taste (is good).”

The event began in previous years as just a health fair, but the chili competition was added in later to help bring interest to the event, according to McKinney.

“In the past three days, we had four or five more competitors sign up,” McKinney said. “It was a great success. Everyone came out from the community and participated. I think all the judges really enjoyed it.”

There were also several vendors and booths set up representing local health services.

“It’s a big hit,” McKinney said. “It’s one of our top fundraisers. We had a packed house.”