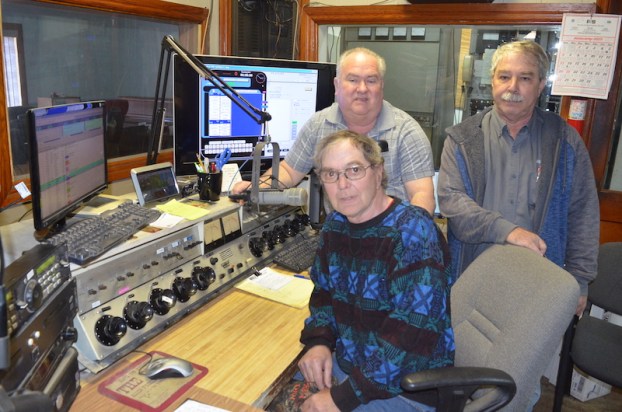 Local radio station WKLF is celebrating 70 years of being on the air with an open house on Feb. 10.

The event will be from noon to 5 p.m. and will feature food, live entertainment and a chance to meet many who worked at the station over the years.

“We will have a lot of the past announcers that are still alive (here),” co-owner Chris Johnson said. “It will be kind of a reunion of the old staff as well as the open house to the public, so people will get to hear old voices they haven’t heard in a while. We will have some recorded segments from the old folks that have passed on.”

There are quite a few well-known people who worked at the radio station at some point. Johnson said several of the Harris brothers had worked at the station, as well as Bill Hayes.

“Helen Parrish, who the family life center at First Methodist Church is named after, was the first secretary when we went on the air in ’48,” Johnson said.

The station will also be playing some music from the year the station started during the event.

“It actually came on the air, we think two days before Thanksgiving in 1947 with a construction permit which would have been the program test, but the license was issued on Feb. 10, 1948,” Johnson said.

Tina Wakefield, Joe Rasberry and other local gospel musicians will provide live entertainment during the event.

“We hope to have at least a 15-minute segment of live each hour,” Johnson said. “We will have some interviews with the visitors and with previous employees … We have some excerpts from Marion W. Easterling’s Thanksgiving 1974 program, where he played all of his own music.”

Barbecue, chips and drinks will be served on a first-come, first-served basis, Johnson said.

Door prizes will also be given out during the event.

Johnson and Robert King became the new owners of the station in 2018.

“We plan on making some improvements and getting involved heavily back in the community,” Johnson said.

These improvements will include renovations and upgrading of equipment.

Johnson’s first experience in radio was at WKLF as a 14-year-old, part-time employee.

“This is the place I kind of got my start in broadcasting,” Johnson said. “I never dreamed that at my retirement years I would wind up owning … a part of three radio stations.”

He said WKLF is the original Chilton County station.

The WKLF radio station is located at 20783 Highway 22 in Clanton.

By J.R. TIDWELL / Editor   The Gardens of Clanton has recently received multiple accolades from two different sources that... read more