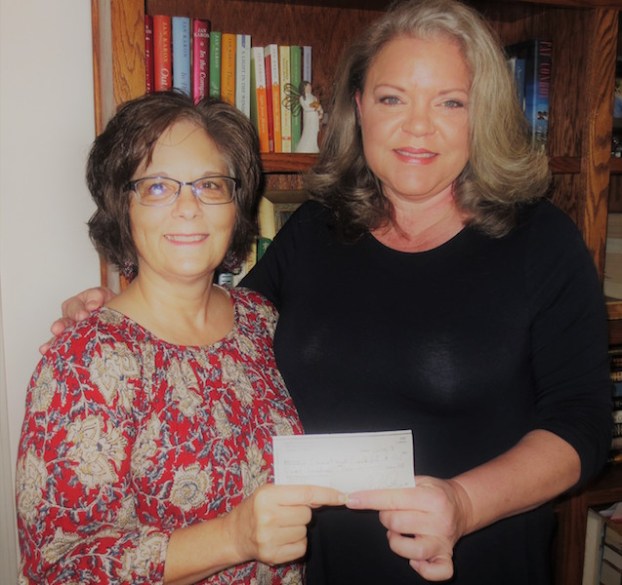 Chestnut Creek Heritage Chapel board president Denise Scarbrough accepts a $500 check from Rachel Giles. The donation was funds that had been raised by the community in hopes of saving the Verbena gazebo. (Contributed)

The Chestnut Creek Heritage Chapel has received a donation of $500 to help fix siding on the front of the building.

Ola Taylor of Chestnut Creek Heritage Center said the siding had become worn with age and high winds have pulled siding on the front of the building loose.

“We’ve been patching it since we owned the building and have realized it’s time to replace the old,” Taylor said. “Fortunately, only the front needs replacing because the sides are still OK.”

She said she expected that the repairs would be made on Feb. 4.

The donation was presented by Rachel Giles on behalf of community members who had worked to raise funds to save the Verbena Gazebo.

When saving the gazebo at the location it was on was no longer an option, funds remained in the account.

The money had been raised at a Photos with Santa event in 2017, organized by Allison Weir Hamilton.

By JOYANNA LOVE/ Senior Staff Writer Local radio station WKLF is celebrating 70 years of being on the air with... read more