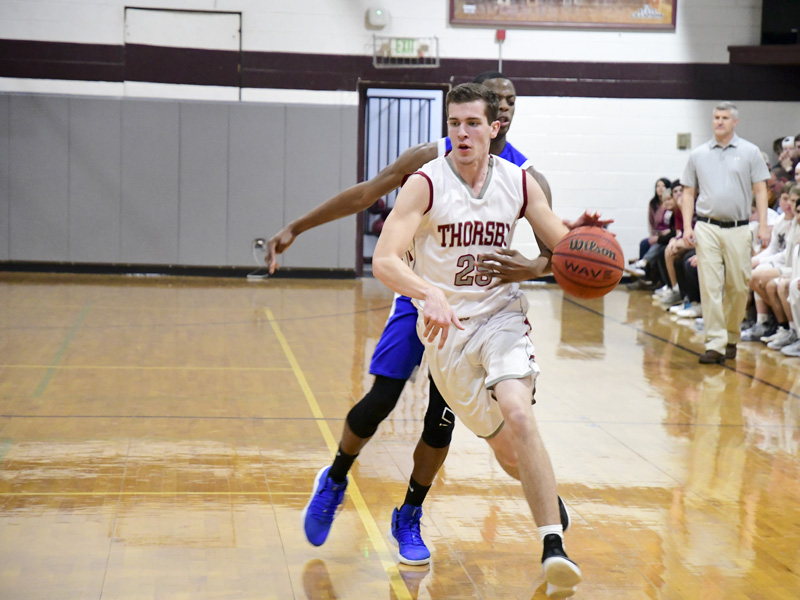 Christian Fortner of Thorsby finished with a triple-double against Reeltown on Jan. 25. (File photo)

Thorsby boys basketball completed a season sweep of Reeltown with a 66-55 road victory on Jan. 25.

It was the final area game of the regular season for the Rebels, who improved to an overall record of 16-4 and 4-2 in area play.

Christian Fortner was on target hitting eight of nine shots from the field en route to a 34-point night.

However, scoring was just a portion of Fortner’s production, as he finished with a triple-double that included 15 rebounds and 12 blocks.

Fellow seniors Tyler Jackson and Cole Farris each scored 10 points. Farris was a perfect 4-for-4 from the field, while Jackson also had five steals.

The Rebels stormed out of the gate to start the game and grew the lead to 42-30 at halftime.

With the win, Thorsby will enter the Area 8-2A tournament as the No. 2 seed, while Central-Coosa will serve as host. The Rebels will faceoff once again against Reeltown in the semifinals on Feb. 5 at 6:30 p.m.

Prior to the area tournament, Thorsby will celebrate senior night against Verbena on Feb. 1 beginning at roughly 7 p.m.