Blast from the Past coming in March 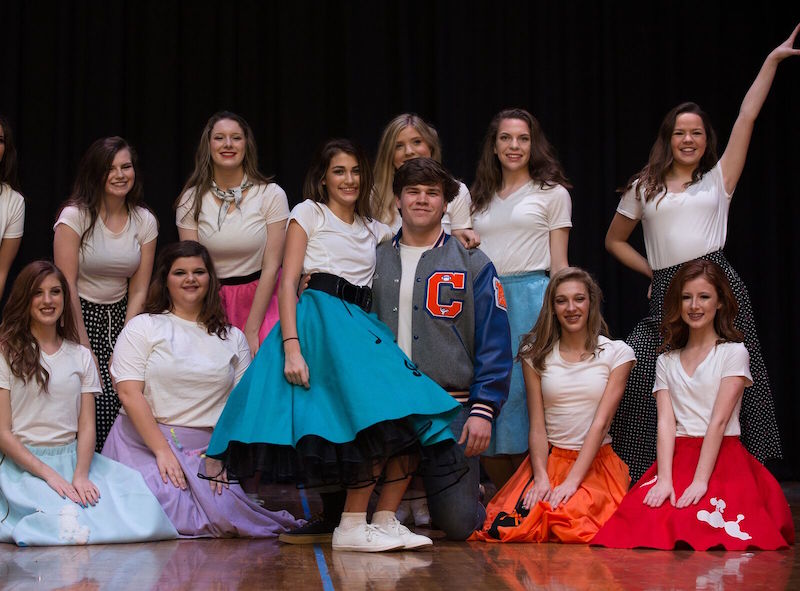 Chilton County High School Students perform in “Blast from the Past” in 2018. (File photo)

Tickets go on sale Feb. 2 for this year’s Blast from the Past at Chilton County High School.

Tickets will be available from 10 a.m. to 2 p.m. in the auditorium.

Blast from the Past is a student performance of singing and dancing, organized by Ricky and Sheri McKee.

More than 125 students are participating this year.

Tickets are required and are $7.

“Profits go to improvements to and the upkeep and maintenance of the Chilton County High School auditorium as well as other school projects,” according to Ricky McKee.

Each year new songs are selected from past decades top 20 songs, some are by favorite artists featured in previous years, such as Frank Sinatra.

This year’s performances will include “All Star” By Smash Mouth, “Borderline” By Madonna, “Brand New Key” by Melanie, “Bubbly” by Colbie Cailat, “Complicated” by Avril Lavigne. “Forever and Ever, Amen” by Randy Travis, “Freeze Frame” by J. Geils Band, “Hot Stuff” by Donna Summer, “I Swear” by All-4-One, “It’s So Easy” by Linda Ronstadt, “The Locomotion” by Little Eva, “Mama Said” by The Shirelles, “New York, New York, by Frank Sinatra, “Peggy Sue” by Buddy Holly, “Poetry in Motion” by Johnny Tillotson, “Rainy Days and Mondays” by The Carpenters, “Remember (Walkin’ in the Sand)” by The Shangri-las, “The Rhythm is Gonna Get You” by Gloria Estefan &  the MSM, “Ring of Fire” by Johnny Cash, “Seven Little Girls” by Paul Evans, “Sold (Grundy County Auction Incident)” by John Michael Montgomery, “A Thousand Miles” by Vanessa Carlton, “Twistin’ the Night Away” by Vanessa Carlton and “You Don’t Own Me” by Lesley Gore.

Luminaria event to be held Feb. 24