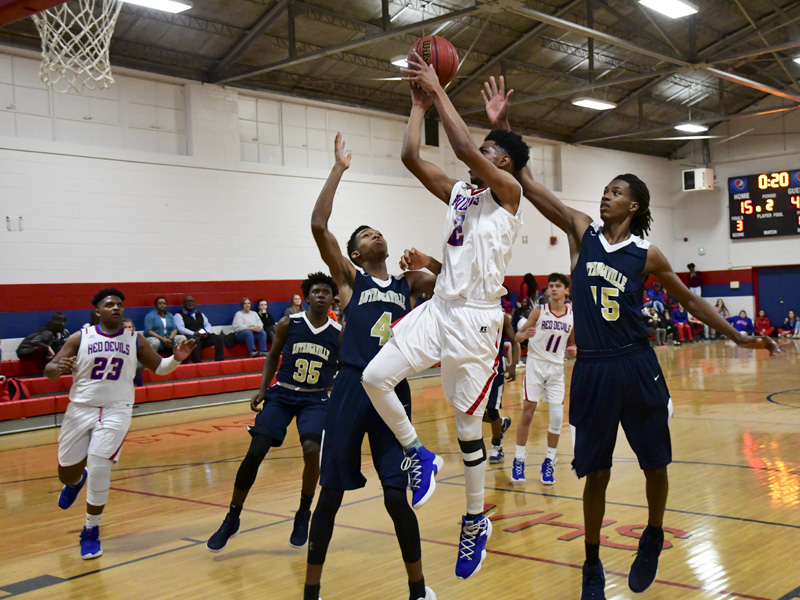 Verbena’s Imani Walls drives to the basket against Autaugaville on Jan. 24. (Photo by Anthony Richards)

The Verbena boys basketball team could not keep pace with Autaugaville and lost 71-29 on Jan. 24.

The Red Devils struggled to score from the opening tip and trailed 40-17 at the half.

Freshman Brody Mims provided a spark off the bench in the second half for Verbena and made the most of his playing time with a team-high nine points.

Verbena had success penetrating the lane and finding open looks at the basket, but on several occasions they were unable to finish off the good looks with points. 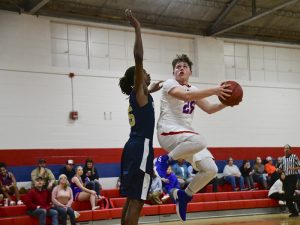 Dawson Rohrbough of Verbena hangs in the air as he looks to score. (Photo by Anthony Richards)

It is tough to win against a talented team like Autaugaville if points are left on the floor.

What made Autaugaville so dangerous was their ability to consistently hit shots from long range, which complemented their size down low.

The result was much the same on the next night, as the Red Devils completed a home-and-home against Autaugaville on consecutive days.

Verbena lost 82-58 on the road against Autaugaville on Jan. 25. With the recent losses, the Red Devils have a record of 4-10 overall and 2-3 in area play.

Both of Verbena’s area wins have come against Billingsley.