Griffin sworn in as school superintendent 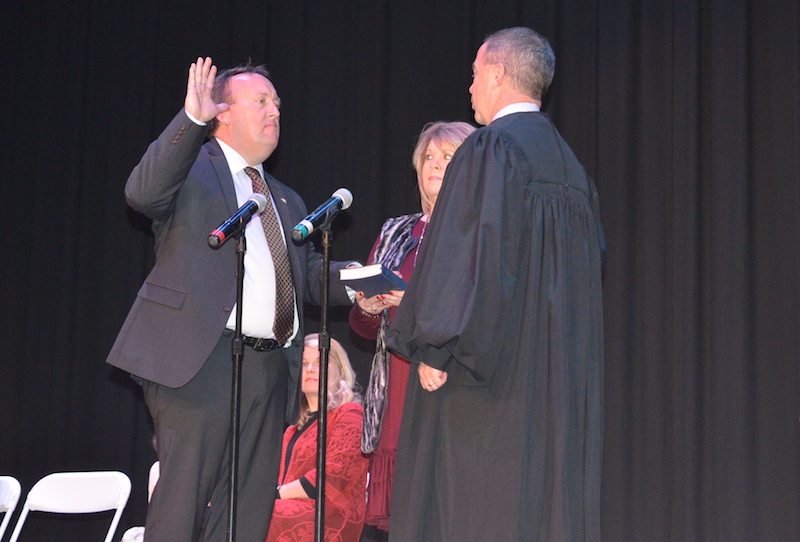 Jason Griffin is sworn in to the position of school superintendent by Judges Chris Speaks. Griffin’s wife Tammy was also a part of the ceremony. (JOYANNA LOVE/ ADVERTISER)

Jason Griffin took his official oath of office as the Chilton County Schools Superintendent on Jan 22.

“It is very much an honor to be superintendent for Chilton County Schools,” Griffin said. “I am humbled and I covet your prayers. I have been on the job for several months now, so we will go back tomorrow and do what we’ve been doing.”

Griffin was sworn in by Judge Chris Speaks.

“When Jason asked me to swear him in today … I told him I would be honored to do that, but I was really kind of surprised,” Speaks said. “I thought he had already been sworn in. He is on the job, and doing a great job.”

After Dec. 31, Griffin became the Chilton County Schools Superintendent having won the election.

Griffin was previously the transportation supervisor for the school system.