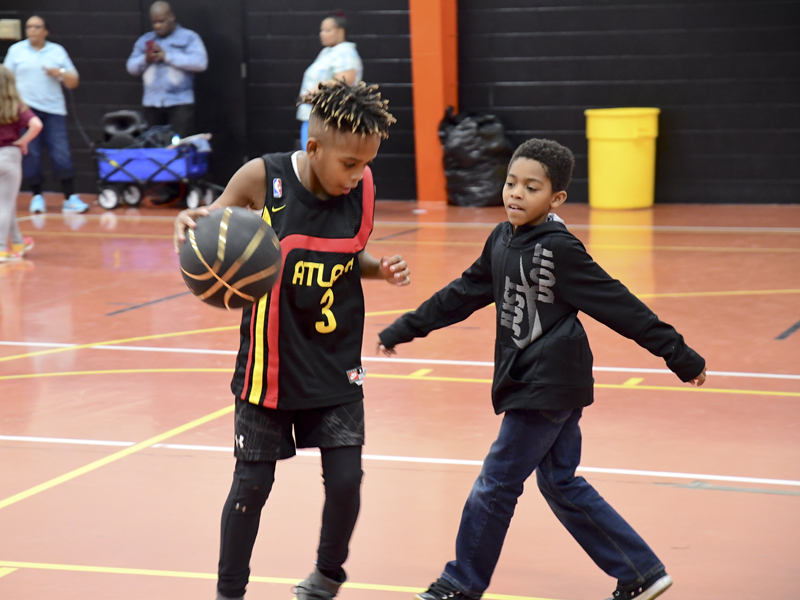 Bridge of Hope held a basketball fun day at the Chilton County YMCA as part of the Martin Luther King Jr. holiday on Jan 21. (Photo by Anthony Richards)

“It’s about family and fitness,” said Margaret Cindy Hawkins with Bridge of Hope. “We tried to tie the two in together.”

According to Hawkins, she talked with Lori Patterson at the YMCA who was more than happy to host such a community event.

“The day is based on unconditional love and having faith,” Hawkins said. “We believe that Martin Luther King Day reminds us of our past so that we can see the great things yet to come.”

Clanton Mayor Billy Joe Driver, Chilton County Schools Superintendent Jason Griffin and Robert Binion of the West End community each attended the event and were given an award in recognition of the “seeds of kindness that they have planted over the years.” 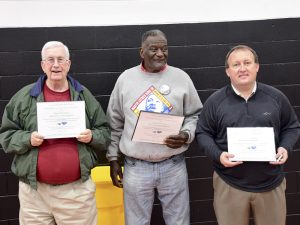 “We look to strengthen our community as a family,” Hawkins said. “No matter if you are black, yellow or green, we are one family, not only on Martin Luther King Day, but every day.”

Bridge of Hope is an organization that focuses on adult workforce development. Its office is located behind Martin Funeral Home in the old unemployment office.

Despite only having an office in the community for one year, Bridge of Hope is striving to leave an imprint on the community with events like the basketball fun day.

“We’re new to the community, but we’re happy to be here and have the support,” Hawkins said. “I was elated [at the turnout], because it gives hope that next year it will be even bigger and better.”

The first game played was an interesting matchup of children versus adults.

Basketball, as many sports, is a team game and oftentimes sharing the ball is the key to success.

“It’s all about collaboration and teamwork,” Hawkins said. “It gets them to think outside the box and in a positive direction.”

Other activities of the fun day included posters made by the children that wished a happy birthday to Martin Luther King Jr. along with a dance routine.