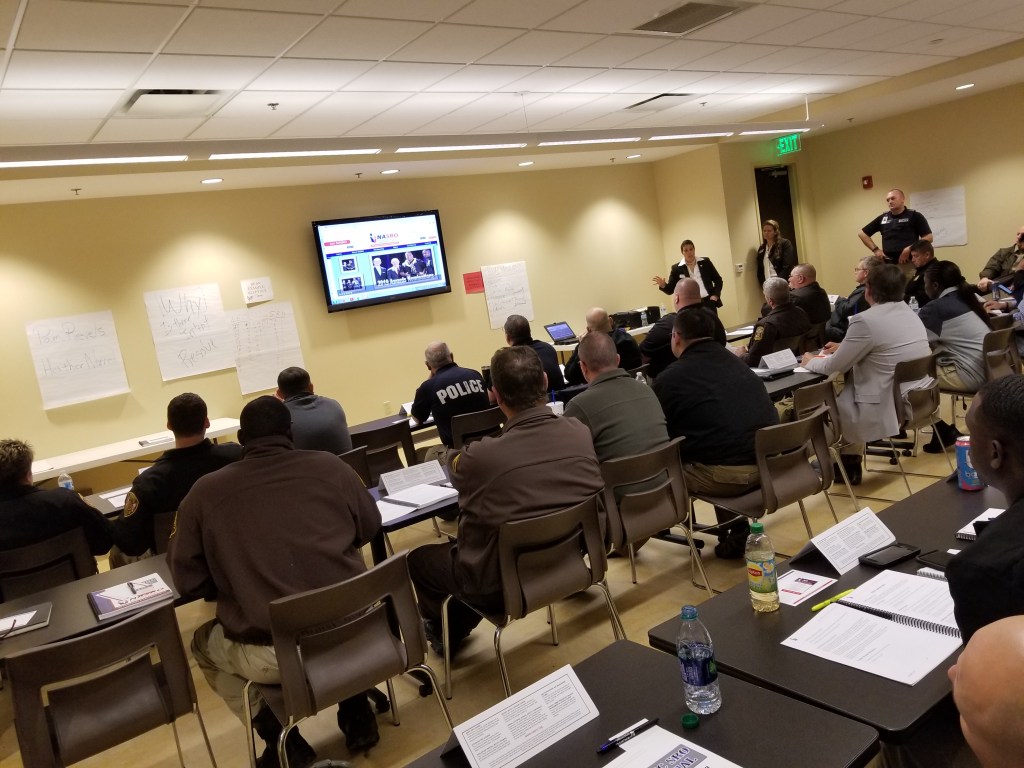 Police officers providing security to Chilton County Schools took part in a training that drew officers from throughout the country to the Clanton Conference and Performing Arts Center the week of Jan. 14.

This Basic SRO training was led by Pamela Revels of the National Association of School Resource Officers.

The training covered information an officer needs for this specialized position.

“We start with the foundation, what their roles and responsibilities are and we move into … prevention and response,” Revels said.

One aspect of prevention deals with being aware of what students are dealing with. The response portion focused on appropriate actions to specific situations that may arise at a school.

“It just goes to show that these local agencies feel it is very important for the person filling this role to be properly trained,” Revels said.

She said an SRO who receives this training will be equipped to deal with situations but will also know how to prevent them when possible.

The training will last a week, providing 40 hours of instruction. Attendees also receive a manual with information on each of the topics.

CPD Cpt. David Clackley, who attended the training, said the SROs for Clanton are in his division of the police department, so he wanted to attend to be familiar with the training they received and what the officers are doing in the schools.

“From the school board standpoint, we are just very excited to have the participation from our local jurisdictions through our SRO program,” Mickey Hardwick, CCS safe schools coordinator, said during the first day of the training.

Hardwick said he and Chilton County Schools Superintendent Jason Griffin will also be attending the NASRO conference in June.

Revels said NASRO was “the world’s leader in school-based policing.”

Revels said Clanton wanted to host a training and submitted a request.

In addition to the Basic SRO course, NASRO also offers advanced training and a national conference for SROs. There is also a state association of school resource officers in Alabama which offers continuing education.