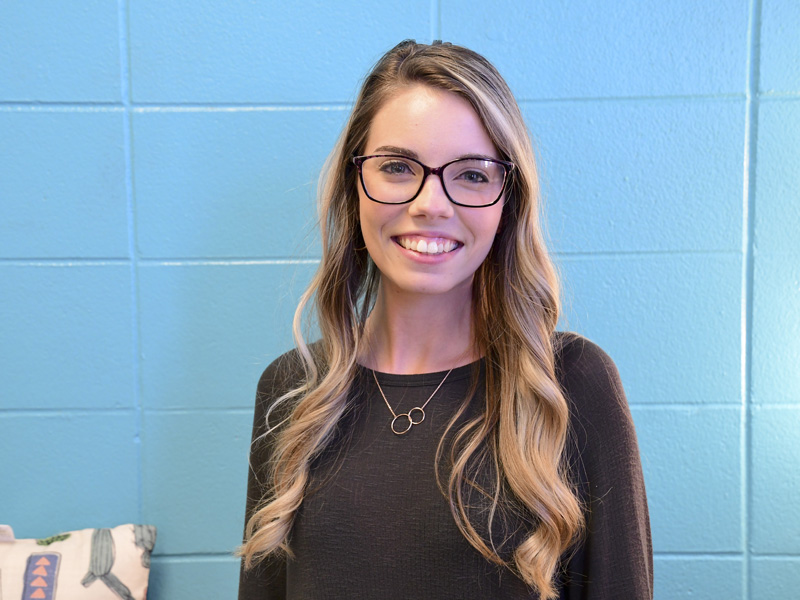 Savannah Diaz teaches first grade at Thorsby School. She was named an Alumnus of the Year by the University of Montevallo College of Education. (Photo by Anthony Richards)

Thorsby first grade teacher Savannah Diaz has only been teaching for a short time but is already receiving recognition for her work.

Diaz was recently named an Alumnus of the Year by the University of Montevallo College of Education, where she graduated from in December 2017.

During her time in college she took part in multiple internships at various schools and was able to take away certain aspects from those experiences that have helped make her the teacher she is today.

According to Diaz, she was shocked when she first heard about being chosen for such an honor.

“It’s crazy, because it hasn’t been that long ago [that she was in college],” Diaz said.

The transition of being in charge of her own class is something that has been different, but also embraced by Diaz.

She thanked all of the professors that she had while in college for the preparation that they instilled.

“I was really prepared coming out of Montevallo,” Diaz said.

After graduation, Diaz was promoted from her status as a substitute teacher at Clanton Intermediate School to taking over a third grade class in January.

However, Diaz has always felt most comfortable teaching first graders, and Thorsby Principal Corey Clements presented her with that opportunity at the start of the current school year.

“I feel like this is where I’m supposed to be,” Diaz said. “I have really been so accepted here [at Thorsby]. I’ve known some of these teachers for a really long time and grew up with some of their kids. It feels likes a family, and I don’t dread coming to work at all.”

She grew up in Chilton County and graduated from Verbena High School. Since a young age, Diaz had an interest in teaching.

“I have a lot of siblings and they have kids, so growing up we were always playing school,” Diaz said. “My teachers back in school [at Verbena] were some of the most influential people in my life. I always knew that I wanted to be that influence to somebody else one day.”

Diaz has learned quickly that being “flexible” and having the ability to adapt her style of teaching depending on the day and understanding what the best approach for the type of students that she has from year to year.

“A lot of times we will do things whole group, but they really need more small group interaction, so I try to do that as well,” Diaz said. “Kids learn better when they’re working with their friends. They learn off of each a lot more than they would with me standing at the from of the room and teaching.”

Diaz will receive her award during a banquet at he University of Montevallo on Feb. 5.