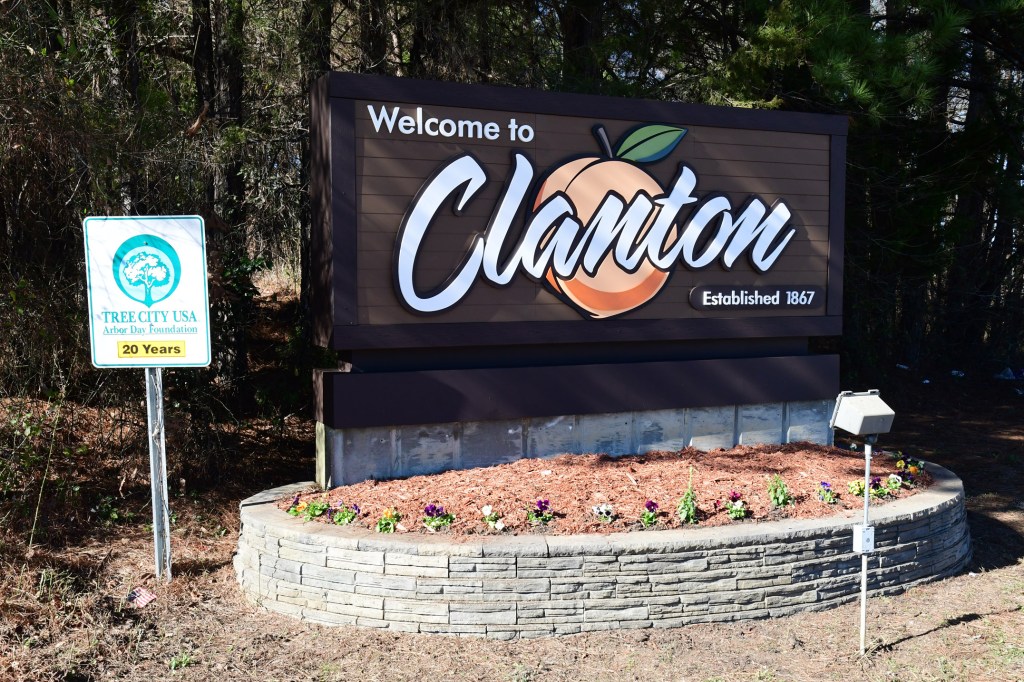 The City of Clanton has updated two of its welcome signs, which now feature a new design. The other signs welcoming motorists into the city will be replaced with the new design in the next few months. (J.R. TIDWELL/ADVERTISER)

The City of Clanton has spruced up two of its signs that welcome motorists into the city.

According to Mary Mell Smith of the Clanton City Council, the welcome signs on Seventh Street near Durbin Farms Market at Exit 205 and on Highway 145 near Exit 212 just behind Bell Lane Baptist Church have been updated to the new look.

“The old signs were outdated and didn’t stand out,” Smith said. “We have been wanting to replace them for four months, but rain and bad weather slowed the process down. I’m so excited about them.”

The new signs used the frames of their predecessors after a new coat of paint was added.

The signs feature new lettering and facades. The most notable difference is the addition of a peach, a familiar sight to residents of Chilton County.

“(The change) brings our signs up to date,” Smith said. “With the peach on the sign they pop and stand out more. I hope the citizens of Clanton are as proud of them as I am.”

Smith said that Chilton County is known far and wide as the peach county, so it made sense to add a picture of the iconic fruit to the signs, which are one of the first things that greet visitors on their way into Clanton.

Funding for the two signs that have already been renovated came from the 2018 budget.

Smith said the welcome signs at Exit 208 near Shoney’s and north on Highway 31 as you come back into Clanton from Thorsby will be renovated in the next few months with funds from the 2019 budget.