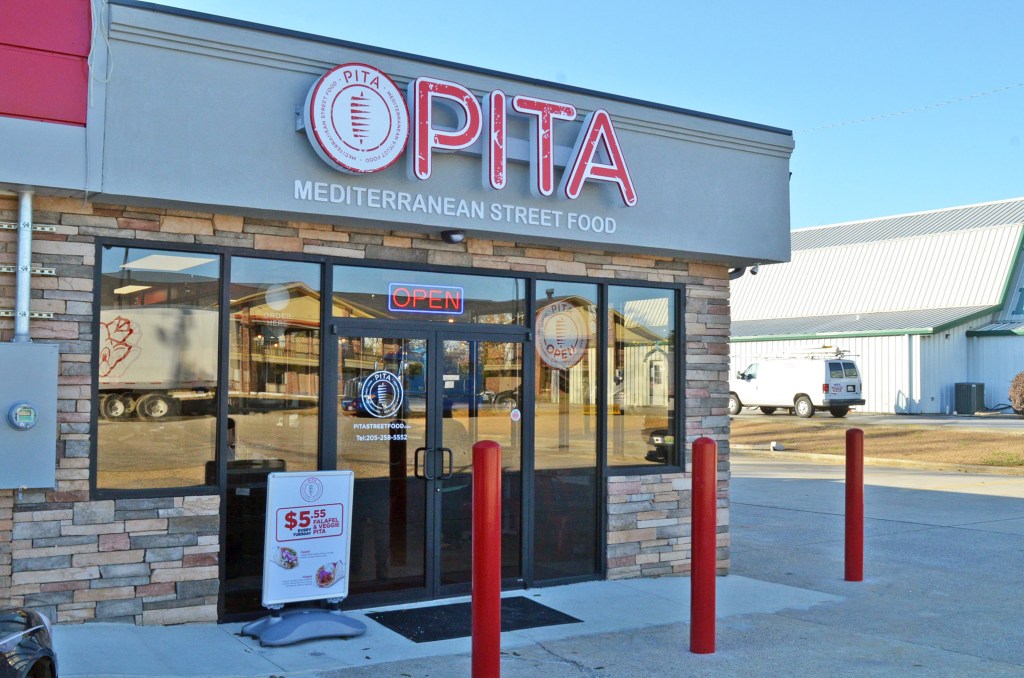 Pita Mediterranean Street Food will be hosting a grand opening from 6-9 p.m. on Jan. 11. Pita will be giving away free samples of some of their products during the event. (J.R. TIDWELL/ADVERTISER)

The restaurant will be hosting a grand opening from 6 to 9 p.m. on Jan. 11. Pita will be offering free samples of some of its core products during the event.

“We will be giving away samples of gyros, chicken gyros, falafel and fries, things like that,” said general manager Noor Narsinh.

Narsinh said that Pita is giving out the samples during the grand opening in an effort to have even more people try out the restaurant’s fare.

“We want to move people to come in and try our product,” Narsinh said. “That gives us a chance to try and bring in more customers. We have faith in our product. People who know our product know the quality of what we are serving.”

Pita has already garnered repeat business from residents like Barbara Hall of Verbena, who visited the store for lunch on Jan. 9.

“This is the best gyro I have ever had in my life,” Hall told Narsinh on her way out of the restaurant.

She went on to say that the food at Pita was, in her opinion, better than the fare served at other restaurants like Taziki’s Mediterranean Café, which is headquartered in Birmingham.

Narsinh said that Pita will have between 12-15 staff members once hiring is complete.

“Pita is a good (food) option for travelers, because you never find Mediterranean food on the interstate.

Anish Noorani, who owns the Exxon gas station at Exit 208 beside Shoney’s, came across the Pita franchise while researching restaurants after deciding to add one to his business.

For dessert, patrons may try some different variations of baklava, a traditional dish made by layering a mixture of honey and nuts in sheets of phyllo dough, a Nutella pita or some ice cream.