Pelham picks up pair of wins over CCHS 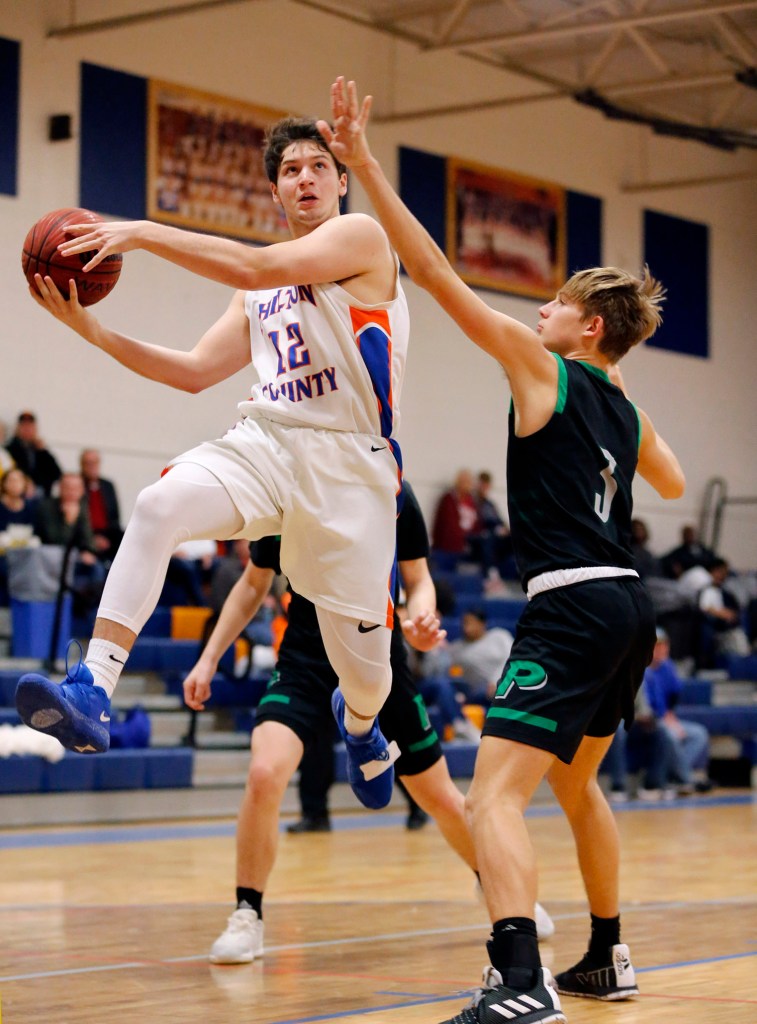 Despite a close first half, the Pelham varsity boys picked up a 76-49 road win over the Chilton County Tigers on Jan. 4.

Varsity boys action on the night would get off to a much faster start that the preceding girls’ game, as the two teams would go basket for basket through the early moments of the first period.

With the Tigers leading by one midway through the period, a 3-pointer from Blake Floyd would give the Panthers a slim 11-9 lead.

That began an 11-0 run by Pelham that would see the first period come to an end with the Panthers leading 19-9.

A basket by Keyuntay Kine to start the second would cut the lead to eight but would be quickly answered by a basket from Chris Brown.

Jacob Shumate made it a 13-point Panther lead, with Brown later making it a 15-point game.

A pair of baskets from Kine, along with a 3-pointer, would pull the Tigers to within eight as the first half came to a close with CCHS trailing 33-25.

Floyd would start the second half with a trey for the Panthers, and along with a basket by Kendan Maddox, Pelham its lead to 15 points.

Dalton Patterson would answer with a 3-pointer for Chilton County, but six-straight points by Pelham would push the Panthers way out in front by 18.

DaFaebian Wright and Riley Thornton would get the scoring underway to start the final period of play but would be answered by a pair from Maddox and Shumate to keep the lead at 28.

A pair of treys by Thornton would cut the lead to 22 but would be quickly answered by four points from Maddox along with a basket from Brown to again make it a 28-point Pelham advantage as the last remaining seconds ticked off the clock to close out the Panthers’ win.

Thornton led the Tigers with 11 points and three rebounds. 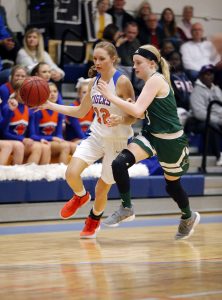 The Pelham Lady Panthers improved to 2-0 against the Chilton County Tigers with a 59-37 road win on Jan. 4.

Points would be of a premium for both teams to start the game, as each squad got off to a slow start.

Adi Argent would get the game started with a 3-pointer for the Tigers but would be quickly answered by a pair of free throws from Emma McKenney.

Another basket by Argent, along with three points from Kiara Steele, and the Lady Tigers took an early 7-3 lead.

A late basket from McKenney would cut the Tiger lead to three, and Chilton would hold the 8-5 advantage after one period of play.

Trailing by one early in the second quarter, a 3-point basket from Laci Gogan would give the Panthers their first lead of the game.

With Pelham leading 14-12, a free throw from Kaylyn Tomlinson would make it a 3-point lead while kicking off a 5-0 Panther run.

A basket by Marlie Giles would end the run but would be answered by one from McKenney.

The teams would exchange another pair of baskets before the first half would come to an end with the Panthers leading 22-16.

An opening second half basket from Argent would pull the Tigers to within four, but a long dry spell by CCHS would see Pelham go on a 9-0 run that would push the visiting Panthers way out in front at 31-18.

An old-fashioned 3-point play by Steele would put an end to the Pelham run, but the large lead would remain predominately intact as the Panthers took a 41-31 lead into the final period of play.

Marlie Giles would start the fourth quarter off with a 3-pointer for the Tigers followed by a basket from Steele that would make it a 5-point game with 6:18 remaining.

However, a trey from Gogan and a basket from McKenney began an 18-1 Pelham run that would see the Panthers come away with the win over the Tigers.