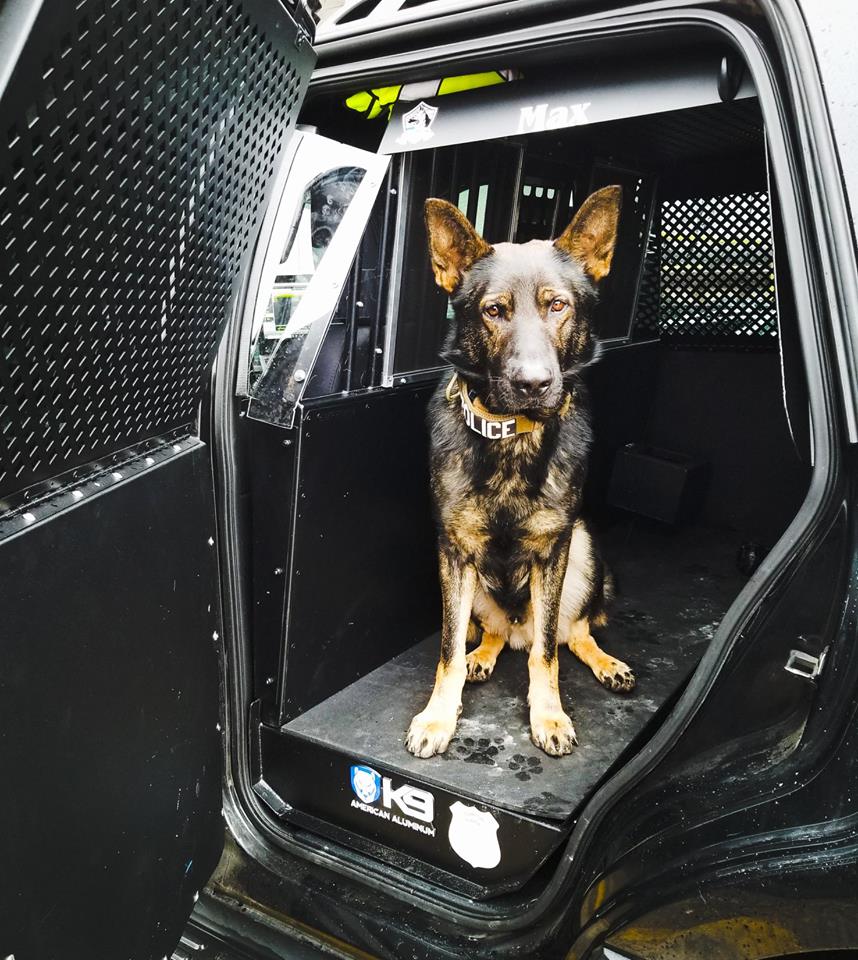 Clanton Police Department K9 Max is the grand marshal for this year’s Christmas parade. He is representing all of the first responders in Chilton County. (CLANTON POLICE DEPARTMENT)

Max the German shepherd, a K9 with Clanton Police Department, recently got a vehicle upgrade.

According to a post by the department on social media, Max and his owner/handler Capt. David Clackley will now be using a newer and larger vehicle.

“For the past couple of years, (Max) was assigned a 2008 Crown Victoria but is now riding in a 2015 Ford Expedition,” said CPD in the post.

Max now has a kennel installed in the back of the Expedition, which will give him more room than in the Crown Victoria.

Commenters on social media often ask how K9s such as Max are kept safe during the warm Southern summer months when temperatures soar inside of parked vehicles.

Vehicles housing police K9s are often equipped with a system that helps manage internal temperatures to keep the dogs safe.

According to the CPD post, the department will soon be getting a grant from a nonprofit called Protection4Paws in order to provide Max with a “heat guard safety system for the warmer months.”

“For those of you who are fans of K9 Max and would like to help with donations, check out Protection4Paws on Facebook,” CPD said in the post. “The equipment will help to make sure that Max is safe while he is at work by setting off an alarm, rolling the windows down and turning on a large fan if the interior of the vehicle gets above a preset temperature. It will also allow Max to be released from the vehicle remotely to assist officers in emergency situations.”

Tina Richardson, the founder and owner of Protection4Paws, replied to the post saying, “We at Protection4Paws are honored to help keep K9 Max safe!!”

According to the nonprofit’s website, “Protecting those who protect us is what Protection4Paws is all about. Our sole purpose is to raise money to supply Police K9s with the items needed to protect them while they protect us.”

Richardson stated on the group’s website that she decided to create a campaign to aid police K9s after her daughter’s girl scout troop raised money through cookie sales to donate bullet and stab protective vests to police K9s.

“Therefore, in July of 2016, Protection4Paws campaign was created as a means to raise awareness of the risks that our K9 officers face each and every day,” Richardson said. “It started out just to raise money to provide bullet and stab protective vests to K9 officers in need… there are more K9s that are serving our communities without the same protection as their human partner as well as other needed items. Our goal is to provide our K9 officers and their handlers with any items that are needed to allow them to come home to their families at the end of their shift.”

More information about the nonprofit can be found at protection4paws.com.